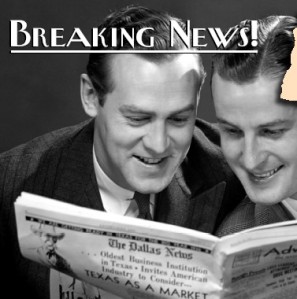 Well the firestorm on the Sherrod case continues. We hear that Fox is beside itself, being all put upon by the entire WORLD. I mean, they didn’t do a darn thing wrong, and it’s the filthy liberal media that is making up stories against them.

Not having done a thing of course means that O’Reilly, trying to be “big about it” has offered an apology to Ms. Sherrod for not doing anything wrong. He then manages to slam her again, and of course defend Fox. So I guess we are to conclude that he was technically wrong, but morally right? Billo the Clown at his best.

Shephard Smith, also from Fox, was not so kind to his own network, blasting Fox for running the story without investigating the video, and claiming that his segment refused to engage in the story because of they “do not trust the source,” namely Breitbart and his scummy site.

But if you read nothing more on this story, don’t miss Keith Olbermann’s scathing utterly devastating commentary on the whole affair. Returning abruptly from his vacation just to speak on this issue, he puts all of us to shame. He condemns all, without exception, and points to the fact that today, the right is busily making the racists the victims and the victims the true racists. Quite a turn of events.

What seems to be a cry in unison, is the demand by the left en mass to stop kowtowing and  running scared from the right wing lie machine. Stand up! Stop trying to ignore and placate the right. They are not interested in any concept of fairness or truth. They want to rule and they are about almost any means to do so. They have declared that any election they don’t win is illegitimate. They are no longer into democracy or representative government. They are about tyranny of the One Party Rule. And they have the nerve to call the left fascist!

The right is so schizophrenic that one part never knows what the other is doing. On the one hand they are always criticizing Obama for “destroying religion (meaning of course Christianity) in Merika, while on the other Newt Slippery Gingrich is saying no to mosque’s at Ground Zero because Saudi Arabia doesn’t have churches there. Love the lack of logic. Or is Newt saying that we no longer care about being a “bastion” of religious freedom? Dopes like him seldom think beyond the last word out of their mouths.

“Lunar Apatite with Terrestrial Volatile Abundances.” Yeah, bet you know what that means? Sure ya do. Okay, it means that (hold onto your socks if ya gotta ’em) the moon is full of H2O. Yessiree Bob. It’s called Lunar “dew” (imagine Louis Black saying that–DOOOOO). The fine article alluded to will be in Nature’s July 22 issue, should you be so inclined to read all the specifics. This was all discovered last fall, and I’m at a loss how we have survived not knowing about this until NOW. Anyway, they have found even more that is different that the dew variety. That seems important to me. I figure it’s important because they finish by saying: “we must now re-evaluate the volatile inventories of the moon, relative to the Earth.”  See? That sounds quite important. Inventories? Cheeky moon scientists!

I can usually find something even weirder if I try. So, I have.

There is a world called possibilian. Okay. Digest that. And a neuro-scientist writer who writes about life in the space between what is and what if. Got that? Possibilianism celebrates the breath of our ignorance. Kinda like there is way more chit we don’t know than do, so let’s play. Or like the universe is so vast that anything that could happen has happened somewhere. (My personal favorite, since somewhere me and Johnny Depp are having wild sex in whipped cream!) Anyway, this Eagleman dude sounds like a real hoot to have at a party. The site is called “Killing the Buddha” and bears more watching I think.

I don’t know about you, but I’ve always felt like the poor relative when it comes to archaeology. Seems all the good stuff is somewhere else. The Pyramids, early human bones, caveman paintings, you know what I mean. But we can toot our Merikan horns a bit, since things are hoppin’ in Cincinnati, Ohio of all places. (See, doesn’t that help make you feel better after LeBron left Ohioans?). Seems we have a 2,000 year old “wooden” Stonehenge. Ours is called Moorehead Circle. 😛 So there you British with your royalty and castles and and  stuff. We got somethin’ too!

So, that’s all ya need to know today. You can return to your normal life.