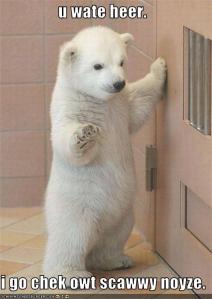 You know, there is no good way to denote whistling is there on paper? As to the actual thing, I can do it a bit, but did you know that if you can’t sing in tune, you can’t whistle in tune either? That just seems wrong.

Don’t know why I thought of that.

I wrote a piece over at Walking in the Shadows, so I’m not feeling extra wordy over here. That means I’ll write less than 1000 w o r d s here. Are you happy about that?

Yesterday, I mentioned that Jon Stewart had skewered Foxless Noise about Megan Kelly’s claim that they didn’t use the Nazi thing to denigrate people. He did that by simply using clips from their own shows–Beck, O’Reilly, and whoa, even Megan herself was present to two such over-the-top rhetoric.

Billo got all hot and bothered, and went about the nonsense of “justifying” his Nazi reference regards Huff Po. So Jon was forced to explain to BilboBuggins that that wasn’t the point. Explaining was not a defense to “we never do that!” And just to make it even clearer, Stewart threw in two more instances wherein the Bloviator had used Nazi references to put down people.

Billy, you can’t compete against the master. Stop trying! (Go the The Daily Show to see the video of last nights show!)

Speaking of which, I continue to wonder. When Foxy and all the other air-headed right-wing wonkos lie, where do they think that print and video goes? Do they really think it’s out of sight, out of existence? The fact that their ignoramus  listeners wouldn’t bother to check is one thing, but surely they should realize that the smarty left will look up the archives. Archives–add that word in your dictionary Foxy Morons.

Instead of fixing the problem, the Senate decided it was easier to be dysfunctional. No changes in the filibuster rules. I don’t get these fools. But then again, maybe I do: they are fools.

I guess it goes without saying that American foreign policy ain’t quite right, when you feel restricted from supporting democratic uprisings because it interferes with our “security” interests. Why is America so often supporting dictators in the name of security? Experts claim the US cannot afford to be on the wrong side again, supporting a repressive regime.

Don’t know about you, but I loves me some birthers. I mean, I wish they would have a convention, because it would be grand to go and view 13 crazy people in one room. Imagine the costuming? Imagine the signs? Imagine the scary makeup?

The Blaze, that scion of rag “reporting” has a piece on the subject, and Hawaii’s innovative way to garner a few bucks from the tried and true loonies who pester then   for copies of the President’s birth certificate.

The Blaze specializes in non-stories, (three paragraphs and 4 pictures) designed to catch the attention of the rabble on the extreme right, so they can rant about how their lives are being ruined by whatever annoys their beer-swilled minds. The comments of course are the point.

I hope at least half the states pass that eligibility law for 2012 b/c Barry Dunham, Soetoro, Obama or whatever his name is will be screwed.

B.O. is going to be remembered as the bowing President without a birth certificate, Now, isn’t that just so special?

Peaceuntoyou suggests it all started with a plan from his “radical mom”:

what criminals. You know wish I could rember (sic)  it all. But I truely  (sic)remember there was something in the news years ago about his radical mom and how she said He was going to be the president of the United States. She was really mad I remember. Have to try to do old research unless someone remembers to.

It is convenient that no more than a handful of people have come forward remembering “good ole barry” Everybody else in america that was born a citizen here in 1961 will have literally hundreds of people that can remember their life. How is it that no one knew him before? Coincidence? enquiring minds want to know!

And this last from Greensicko who is very sure:

For 100 bucks you will find out Obama is not the first black president, he (sic) listed as WHITE.

There you have it from the ideologically and intellectually deformed.

The Country is safe when we know where they are.

Let’s hear it for Friday! 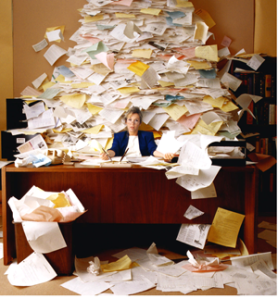 Welcome to Monday! Not so hot for those poor souls who have to work for a living, but hey for me, it’s pretty much the same as any other.

It’s threatening to rain, and has been all day so far. Guess we get to live with that possibility nearly all week. The lane is crap, I nearly didn’t get in from church.

We talk about what “line” to take through the mud holes. Who would have thought I would be ruled by such nonsense at age 60?

What happened to back out of the DRIVEWAY and go?

Our choices seem, sweltering or rain. Okay, you have your own troubles, so on with news:

I have to admit that I’ve struggled with forgiveness. I guess most of us do. I’ve never been faced with it with someone I couldn’t avoid generally most of the time. I don’t know how I would do with forgiving someone who seriously harmed me or mine. That’s the test. South Africa worked on forgiveness on a massive scale with “reconciliation” courts. Here’s a take on that subject regarding the genocide of Rwanda. Pretty deep thoughts, pretty important stuff. And it is deeply painful and haunting. Tread quietly here.

I’ve increasingly been disturbed by our Israeli policy as I’ve delved more deeply into the history of the Middle East. Contrary to the religious right who oft time support Israel as part of their belief that they are being “biblical” in doing so, I cannot find this a viable excuse. (Sen. Inhofe, I recently read suggested that politics should never play a part in our determination regarding Israel. Instead he claims, we are to ask, “Do we follow God or not?” He shall be forthwith called Crazy Inhofe on this blog). This disturbing  (word of the day) report suggests that Obama would do well to be severely questioning of the motives of Mr. Netanyahu, who seems to think that manipulating the US government by lies is the preferred plan. No doubt he is heartened by the End Timers, even though they are only trying to bring forth the final battle of Armageddon upon Israel.

If you thought that there could be nothing interesting to read about the Periodic Table, think again. But then you gotta trust me. So trust me. Follow the link.

Nobody says it better than Elizabeth Kaeton in “Refutiate” Racism. All I can say is bravo!

Most of my blogging friends are way more talented than I. Witness this fine entry by OKJimm, who has come back with a vengeance with I Gotza Song….. It is so worth your while to go visit. If there are enough like Jim, then perhaps we will not leap into the abyss.

I’m thinking maybe we ought to have an ASS of the week award. But oh God, the entrants could collapse my inbox. But this one by Mariah Carey just might make the #1 spot any week:

Whenever I watch TV and see those poor starving kids all over the world, I can’t help but cry. I mean I’d love to be skinny like that, but not with all those flies and death and stuff.

With thanks to Jaliya at Pushing fifty. . .gently. . .
With that, I’m off to go read some Camus. Seriously that man makes my head hurt. I have to stop every three sentences to try to digest what he is saying. Gawd, what a mind.