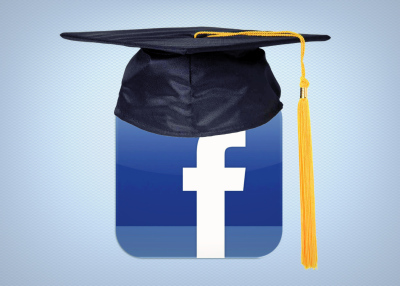 I am all for learnin’ as much as possible. I figgure it all works for better job placement in heaven. I aim for something big like Minister of Silly Walks. Or maybe Heavenly Math. I am purdy sure it’s a damn sight easier than Earthly Math.

Anyways, I’ve taken to the Facebook for extrE-curricular learnin’ and boy I ain’t a been let down a smidGeon.

I am gonna share some with ye all, so you ain’t quite so dis- un- (one of those) informed.

Firsty, go to the “Wall” of the people you are seekin’ enlightenment from. The Wall is where they post personals about theyselves, like height, weight, eye color (no that’s the drivin’ card shit).  Anyways, they share stuff.

Like, relationships: some say “none yer bizniss”. This means it ain’t but that just makes ya try all the harder to find out if they are gay. If’n that matters to ye, well, they got “pages” where you can be against that sorta thing or for it as the case may be,  and argue with people who just like to argue about everything.

Beware of relationships that say: complicated.  They ain’t actually no complicated about it. They wife kicked them to the curb and says they are dirty dogs, but they are hoping to stop drinkin’ long enough to win ‘er back, sumday in the near future, if the price of beer goes up too high and TVLand stops showin’ reruns of Andy Griffin.

Then look at they EduKashun: Some just tell ya flat out, “hell I gave it all up after the state stop makin’ me go.” Others write a laundry list of letters and high-falootin’ universe-ities. You can look ’em up I guess, but most don’t bother I don’t think.

If it says, “studied at” then ya know they took a couple courses at the local community college that they needed for their job. Like “hey Fred, can you try to do the books too? I hear that the col-lage here has a bookkeepin’ class.”

I mentioned “pages”. There be thousands of those I think. They are usually about specific things, like stamp collecting (always a good subject to know when you can’t find a stamp. Collect ’em and you’ll never have to be late on that ‘lectric bill agin. (I like to give ya tips along the way folks. Just an added pleasure of mine and a bonus for readin’.)

Anyway, you can find pages on most anything. Like how to cook better brats and how to make a better mouse trap (sit real quiet by a piece of cheese with a hammer works darned good) TIP #2.

I had one on one of them pages tell me that according to his Atheist Starter Kit, it was dang impossible for a believer in the Sky God to also believe in evo-looo-shun and the old universe. He said that was insane. If that there Bible ain’t true in one little part, it ain’t true in any part. So says Atheist fil-loss-ofe. That must have come as a shock to that there Monsenior Georges LeMaître, a Catholic priest who sorta discovered the big bang theory. The Atheist,  he dint believe me, cuz that fundamentalist mind wouldn’t let him.  Can’t be shatterin’ illusions no way.

Oh, I forgets. Back at that Wall thing. Peoples sometimes write a little short ditty about themselves, like “mom to two frolicky kiddos and  wife to a super handsome husband, and maker of ceramic angels, for sale on my Etsy shop.” Stuff like that. If you see the word “conservative” or “liberal” don’t get into no conversation with them. They is gonna talk you ear off.

But beware of the conservative more than the other one. The liberal loves them some of that ed-U-Ka-shun and will just load you up with sites you never knew existed! They loves them some FACTS. So you cans act-tuly learn ya somethin’ from them if you can get ’em to shut up long enough to go look. The conservative likes to conserve they brain cells (being mighty short of them in the first place), so they just tell ya shit and hope ya will buy it. They make it sound purdy, which is a tip-off they is lyin. (Tip #3)

Most Conservatives tell ya stuff they remember hearin’ on Fox. Even though everybody smart knows that Fox just lies, Conservatives don’t know that or don’t care and it’s not important which, cuz it all leads to the same end. They hates them people and things that don’t fit their world. See, long ago, each and every one of them Conservers looked about at the big old world and got scart as hell. And they created a safe place with people who looked like them, talked like them, acted like them, and thought pretty much like them. That made them feel safe, even though it didn’t make them that way.

So anyway, if anything is different it scares the bejesus out of ’em and they start shootin’ at anything they see. Natcha-ly they are sure to make guns easy to git! You can unnerstan that now can’t ya? Why one of them Conservers told me, he’d a damn sight rather have common sense then a “librul arts edgy-kashun”.

Now you may wonder what this common sense is. Well common sense is to us folks, that which as I like to say, keeps a body from peeing on the potted plant in the front parlor as ‘pposed to the rightful place, the privy. But to a Conserver of the past and the way things never were but coulda been without all them others, common sense is the  magical ability to run most anything without knowing hardly anything about anything.

See, to us, common sense is given to most everyone, cept the really really stupid that would pee in the potted plant, but the Conservers it’s sumpin God gives to thems that don’t have no edgy-ka-shun in place of actual smarts that makes ’em “feel” better about their lack of knowin’ about stuff. They gets them some in-2-ishun about how to do stuff and figures it works just fine. So they can spend their extrE time fishin’ and bowlin’ and making ceramic angels rather than readin’ them a book about say, astro-fizics.

They do ‘ppreciate them some smarts in a few things like doctors and such though. And they are might happy for ‘lectricity and planes that fly them fast from one place to ‘nother and so on. Practical science they calls it. Cuz their God said that was okay, practically speakin’.

I guess we could do okay even with these funny Conservers, if’n they didn’t vote. That’s the kicker. They vote and some of theirs run which is way worse than votin’ I tell ya. This years crop is full of the usual stuff that makes them happy conservin’ away. It’s just hard, cuz the smart people just wanna help fix ’em and they won’t allow nobody to, cuz it’s safe where they are and they ain’t a gonna let nobody upset that shinin’ lamp they got stuck on they imaginary hill.

Oh beware most of all anybody who posts a lot of “if you love God” post this stuff. They are always thankin’ God for everything. I mean not that God shouldn’t be thanked of course, but I thinks that Jesus suggested  one do that in the privy of one’s own “closet” though why I gotta go in my closet I never been quite clear on.

I noticed that a whole bunch of those people who are all Godly now, well, I never heard ’em once when we were kids ever talk about that stuff. Never mentioned, “oh gosh we had such a good sermon yesterday”. Never saw the hint of a prayer before lunch neither. But they got some Godly now. Which means God mostly must be talkin’ to old people cuz the older ya get on Facebook, the more Godly ya get it seems. God is prolly dying for some good hip-hop conversin’.

Anyway, I say beware of ’em because I think they post that stuff as a way of trickin’ God. Cuz they sure are against things that would seem to be God’s ways, like feedin’ the hungry, and tendin’ to the sick. They don’t like the gov-mint to do it that’s for sure. And since the church ain’t be able to do it for better’n 2,000 years, well there’s a lot of hungry and homeless and sick folks that aren’t bein’ tended to.

That’s all I’m sayin. They talk real God-like, but they sure don’t act very much like God. Least as how I figure a good God would act if He wasn’t ‘spectin’ us to act for him. that is.