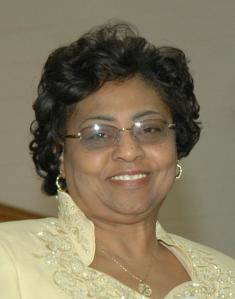 It has been the position of this blog that racism is endemic in this country. Further, I have claimed that the GOP harbors its fair share of racists. The percentages go up as you look to the teabaggers and the religious right. Remember it was the religious right in the South who apparently found solace in the Old Testament for continuing it’s opposition to full rights to African Americans in the US.

I have argued, I think fairly, that much of the criticism against Obama is so visceral and so ugly that it must stem from bigotry alone. You do not attack a man about silly stuff such as teleprompters and birth certificates, you do not attempt to align him with hated figures of history and stereotypical renditions of natives of the “dark continent” unless you have more in mind than simple policies.

That said, the Shirley Sherrod affair should cause deep shame to more groups than just the usual suspects. Surely Fox Propaganda is deeply involved, although they continue to lie, claiming they never touched the story until Ms. Sherrod resigned. This is simply not true, as Media Matters proves. It was after Fox carried an article about the infamous Breitbart tape, that she was actually asked for her resignation. You can see the actual Fox article here.

Mr. Breitbart, claiming now that he only wanted to show not the truth of Ms. Sherrod’s alleged racism, but rather the applause she received in her comments about her early desire not to help white folk, is also lying. Mr. Breitbart has admitted that he only received this small snippet that he played on his site. It was done, so he admitted, to respond to the NAACP’s demand that teabaggers purge racists from their midst, something of course that they have now done.

He in effect wanted to stick it to the NAACP for being hypocrites. He claims he was unaware of the rest of the speech. The National Review Online, chooses to believe him on that, and yet they, even given that, claim he owes Ms. Sherrod an apology for his atrocious journalism, if nothing else.

It only gets worse. The NAACP jumped on the bandwagon, and today Julian Bond, Chairman Emeritus claims they were “snookered” by Fox Propaganda. That Fox lies is new to you Mr. Bond? Pulllleeeez. You have got to be kidding me? Fox has been caught at least twice that I am aware of in bald-face lying designed explicitly to deceive. (the incidents I recall from Jon Stewart’s Daily Show, examined Sean Hannity’s selective editing of remarks Obama made, and then accusing him of saying the direct opposite, not of what he implied, but of what he said directly two sentences later, which were left out. The second was a change in video of a teabagger event where footage was used of a much bigger event some months earlier to give the impression that the event was much larger than it actually was.)

And of course we have the embarrassing and shameful behavior of the Administration and Vilsack in asking for Ms. Sherrod’s resignation without bothering to investigate. They too cannot be under the impression that Fox can be believed, yet they are apparently so nervous around the Faux News group that they jump without thinking.

The whole matter makes me simply sick. Obama has served, sadly as a lightening rod to make racism “okay” again. It started with the atrocious and vile openly vicious bigotry toward Muslims. Somehow, we are to feel bad for the bigot, but at least “understand” that 911 has “hurt” people and they want revenge.

Bullshit. In a word. I am sick of people like Sarah Palin and all her minions of race-baiting insecure jackasses using 911 as their basis for  prejudice.

The issues involved with an virtually open  and  long border with a poorer nation has played into a scenario where it is more than okay to be slightly less overt, but still leveling insulting remarks against Latinos and Hispanics in this country. Unless you are in Miami, where being Latino is okay, because it’s still worse to be in Cuba and those who “escape” are to be commended and felt sorry for.

Getting behind the rhetoric of “border” safety (the statistics of course belie that crime is worse. If anything it is down), you find the real issue is the GOP’s fear that all these “illegals” will become citizens and vote Democratic.

So, bullshit I say. Racism has not disappeared in America. It had only been hiding away until such time that “shit happens” and we need somebody to blame for our own inadequacies. We are told that we can be anything we are willing to work hard enough for. That’s the mantra of the uber rich to keep us small folks in line.

Course it’s all a lie, and we don’t do so good, and we need somebody else to blame, and then along comes troubles and bingo, we can unleash what has been simmering in our little sick minds all along.

The Sherrod affair is but  the latest in a long list. And she will not be the last. Obama has so far shown a remarkably thick skin to all the not so subtle attempts to belittle him. He has risen above the affray. I’m not sure that is wise any more. I think it’s time, to call a racist a racist. We need desperately to confront our failings as human beings to each other and to ourselves. We need to at least acknowledge that there is an ugly undercurrent in this country.

If we do not, well, infections seldom heal themselves. They usually get worse, and I’m sure nobody wants to talk amputation. Wake up America. Shame on us all.

**As an aside, I have decided to end my relationship with ABC news. George Stephanopolus’s interview with Breitbart this morning was lazy at the very least. He failed to get Breitbart to admit he never had the full tape, and worse he never questioned Breitbart about where he got the tape. Coupled with their evening news continuing to call the GOP filibuster of the unemployment comp bill “Congress’s” refusal to pass a bill without funding, I’m done with them.