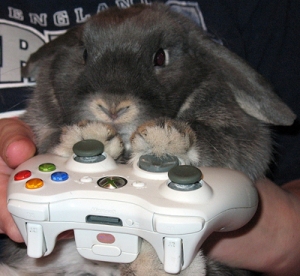 So the super Supremes (SCOTUS) has spoken. There shall be no video too violent for the tend eyes of our youth (or utes if you are from Brooklyn).

Having not read the opinion nor examined the basis of said decision, I shall refrain from comment. I am also not a parent, so this factors into my tiny bit of “I really don’t care” attitude. Being a fair facsimile of a human being, however, I am forced to care even though I don’t have a horse in the race.

That all being said, I still have no opinion on the rightness or its opposite of this decision.

What I am confluffled about is how it was treated by the mainstream media, or at least CBS which I was watching last evening.

CBS had occasion to examine this decision. California’s ban on extremely violent video sales to children was  struck down, the Court finding it in violation of the freedom of speech.

What puzzles me is that CBS kept telling me that they could not show examples of the videos that could be sold to children because they were too violent for TV.

Who is this prohibition aimed at? Surely not children, since the SCOTUS has spoken. Senior citizens? Afraid to cause a coronary to some unsuspecting octogenarian? Prudish religious types? They are offended at virtually everything already including cartoon movies like the Lion King and Chronicles of Narnia. So I’m forced to conclude that excessively violent videos might offend the tender ears and eyes of our pets.

I get that. I’m constantly catching our dogs sneaking in to play Donkey Kong when nobody is looking. I’m sure you have the same problem with yours. But really, shouldn’t CBS just told us to “remove our pets from the room because some of which follows may be graphic?” I mean really.

The bad news was that Michele Bachmann was in Iowa yesterday, trying to claim us as her own even though she hasn’t lived here in decades. The good news is that the media is determined to fact check the lady on everything, and of course she never fails to please.

After mentioning Iowa some twenty or more times, and how familiar she was with everything Iowan, she talked about how she and John Wayne were both from Waterloo. She was wrong of course, Wayne was born in Winterset, a hundred+ miles away. His parents before he was born, lived for a short time in Waterloo. John Wayne Gacy, serial killer was born in Waterloo however.

And now Michele (dull bulb), thinks that John Quincy Adams was a Founding Father. Michele is still trying to defend her Barton-induced belief that the FF “tirelessly worked against slavery”.

Bachmann remains the lyingest candidate by far among the GOP. And that’s according to Politifact.

Am I the only one who is bored to tears and generally totally uninterested in the capture of James “Whitey” Bulger? I mean, it’s not like it’s the FBI’s finest moment, though they seem to think it is. And frankly, like other serial killers, and wife killers, husband, and child killers, there are plenty to go around.

Frankly I hate all the media frenzy over the likes of Ms. Anthony and over Scott whateverhisnamewas, who killed his wife. Once in prison, we move on to the next one. Such cases distort the judicial apparatus, exploit people who need no further notoriety, and play to our worst personal sentiments.

Don’t we have anything better to do?

Don’t miss Political Irony‘s collection of the late-night comics take on the political scene. Always a few gems that bear repeating at the water cooler.

What’s on the stove? T-Bones, boiled taters and peas.