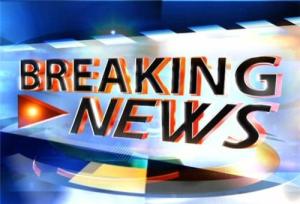 It occurred to me today. Well, it occurs to me often, but today I decided to mention it. Given the speed of information whirling around the globe as fast as light, it’s no wonder.

Given our attention spans being shorter than the nose on a gnat, it’s no wonder.

Today’s news is piled upon the trash pile, often to be utterly forgotten except by a very few.

Today, the news is dominated by the tragedy in Japan. Well it should be, for what has happened there is truly devastating to all of us. We sympathize with the pain and wreckage that consumes a nation.

We are slowly forgetting about Libya and the utterly inhuman slaughter than is beginning there as Qaddafi looses his mercenary forces with appalling determination to exterminate those who had the temerity to ask him to stop using them as his private empire of greed.

We are still sympathetic to Wisconsin, but after all, it’s got to take second place to the deaths of thousands, whether through natural disaster or human evil.

We have pretty much forgotten Haiti, except to nod in sadness when some celebrity needs to shore up their public persona by making a trip there to “help out.”

To say nothing less than other notables for a day or a few. Who remembers the name of the latest Medal of Honor recipient from Iowa? Or the wrestler from Iowa who forfeited his match rather than wrestle a girl?

We know that parts of the East Coast are facing or living with flooding, but really, isn’t that just part of life in America every year some place?

We don’t know what is going on in Egypt today, even though a couple of weeks ago, we knew in a nuanced way, all the players.

Who knows what is happening in Iraq? We’ve officially ended that war, even though we are still there, doing something or other. Marches occurred there. Is there a government in place? I can’t remember. We crossed it off our list.

I wonder what it feels like to be the center of attention nationally or world-wide? And then, suddenly the phone no longer rings, there are no reporters at the door. No Hollywood promoter interested in doing a movie, no publicist interested in “talking about a book.”

I wonder what it feels like to return to obscurity. I know what it’s like to be obscure. Most of us do. Most of us have always been so, except to a few friends, coworkers, and family. But to be “somebody” for a minute, and then poof, back to obscure? That must be a tough thing to get through.

It appears that sentiments are growing for the institution of a “no fly zone” over Libya. The Arab League has voted in favor of it. I think perhaps all agree that Qaddafi is so insane that he will kill all the rebels. The atrocities are starting to mount up. Something must be done, but what? I surely have no answers.

I’ve been hearing in various places that the union busting efforts in Wisconsin, may have unintended consequences for the extreme right-wing exemplified by Gov. Walker and his troupe of big business supporters. Unions may in fact have a resurgence across the land as people stand up in solidarity in favor of collective bargaining as the champion of workers rights and protector of Americans in labor.

A huge rally is scheduled for Madison today. We hope that it numbers in the hundreds of thousands. This will be rectified.Of that one can be quite certain.

Lest there be any doubt that the move in Wisconsin was solely to hurt the Democratic Party, here’s the Repuklican Senate Majority Leader in his own words:

If we win this battle, and the money is not there under the auspices of the unions, certainly what you’re going to find is President Obama is going to have a much more difficult time getting elected and winning the state of Wisconsin.

We hope with all our being that these bastards are voted out, recalled, or impeached as the case may be. To use the law to effect political advantage and to do it so openly, callously, and against the welfare of the people of your state is stunningly reprehensible.

Our good bloggy friend, Distributor Cap has a good post on nuclear energy in the wake of the Japanese earthquake. While they insist that there is no real danger, one reactor has blown up, and fears are that the Japanese may be downplaying the danger. This is to be expected of course, but gives every one of us pause. While nuclear power is seemingly necessary, its dangers cannot be lightly dismissed either.

The wacko right who are not politicians, and thus not sucking off the teat of big business, has been well taught to mouth the mantra of “free market” economics and “trickle down” theories. They are taught to recite ad nauseam that if only business is happy then all of working stiffs will get our fair share. Shall we just mark this up as another example of corporate largess then?

KV Pharmaceuticals of St. Louis has been given FDA exclusive rights to sell a drug called Makena, a drug that prevents premature childbirth. The drug is cheap to manufacture and has been priced at $10 a shot. KV has raised the price to $1500 per dose. Their explanation? Women will be willing to pay the increased amount to avoid complications to their newborns, such as mental and physical disabilities.

Yes, that is their explanation. Because the results of not taking it could be catastrophic, women will pay the extra monies. No word yet as to what poor women are supposed to do.

Are you sick to your stomach now? Can’t wait to hear the spin the “kill Obamacare” crowd will put on this.