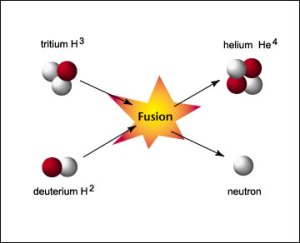 I admit to being conflicted about nuclear energy. I prefer solar and wind energy, thank you very much. I recognize that nuclear is an alternative to the dirty energies of oil and coal.

I’m not ready to jump on the bandwagon that some are shouting from, that the Japanese have bungled their management of their reactors. I don’t know enough to make that judgment.

It would seem at first glance that a place where three tectonic plates intersect would not be a good place to build a reactor, but I’ve also heard that the area was considered “safe”.

In any event, certain folks in this country are pretty vocal that we should put the brakes on any further nuclear plant building until a “thorough study has been conducted.” Local TV here in Iowa is wont to tell us that the same GE design is present in our Palo reactor which is pretty close to where we live.

Politicians are good at this kind of stuff. Acting all “concerned for the public welfare” in times of “crisis.” That brought us such wonderful things as “freedom fries” and two extra months of daylight savings time, a move that saved not one tablespoon of oil as far as I know.

So I’m suspicious that all this talk of new studies and delay comes from  those who have some interest in oil and coal production. I have that suspicion.

I realize that nuclear energy can be dangerous. We have seen the evidence of that from Three Mile Island to Chernobyl and now in Japan. Yet, space travel is dangerous and we have the bodies to prove that. Crossing the Atlantic in small wooden ships was dangerous and many perished in that attempt. People died attempting to reach the North pole. People die in mining accidents (many of which are no doubt preventable), riding horses, and I am sure some poor soul died from sneezing.

Discovery and living both have their risks. As long as we do the best we can to do things safely, I’m not ready to pull the plug of nuclear energy because of an accident. What it should do, is lead us to make sure our existing plants are as safe as we can make them. That could also be considered “job creation”.  If you wish to read more of the technical side of the argument, go here. The article deals with our latest technology.

The No-fly zone has begun with France taking the lead, claiming that their aircraft are in the air over Libya now. Qaddafi is predictably acting crazy, claiming he will die before surrendering. I guess my position is now that they must strike quickly and hard, and put an end to this. Otherwise Qaddafi will do as much murdering as he possibly can.

My reason for wanting this over quickly, is that atrocities are occurring in Yemen and in Bahrain, and very little is being said about it. These were peaceful demonstrations and the powers that be have decided to end them. The US is fairly quiet about the entire thing, other than to “abhor the violence.”

We try to keep you aware here of bills introduced in state and federal legislatures. Here’s another phenomenal waste of time and taxpayer money. It seems that one Randy Forbes (R-VA) and teabugger backed, has introduced a bill that HAS MADE IT THROUGH THE JUDICIARY COMMITTEE FOR GOD’S SAKE, that would make it mandatory that all public buildings, public high schools, and political institutions, carry the words “In God we Trust” on the building. Crazy Randy also wanted the Congress to declare that the bible was the inerrant word of God.

This is where taxpayer money goes folks. Sigh. Anyone for nominating Crazy Randy to hand chisel all the signs for the entire country? Keep him busy and out of RATIONAL people’s hair?

It’s been spring here in the meadow since March 1, since we like to divide the seasons properly. A sure sign is the sound of birds twittering a lot. It’s blessed music to my ears. It makes me smile. I hope you have some spring-like weather where you are. I’m starting to look around to see if some bulbs are starting to pop out. And the trees are getting red on the furthest extensions of the branches, and soon the buds will appear. *Smile.* 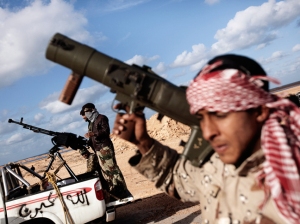 Well, a no-fly zone has been instituted over Libya. It may be too little, too late. I guess there is no way to know at this point.

I don’t know if it was the right thing to do or not, but I do know that doing nothing was unacceptable. Somehow we have to make it clear to petty dictators that murdering your massive opposition is not acceptable, no matter how many paid henchmen you can pay.

There is nothing clear about whether it will succeed or not–the no-fly zone I mean. Andrew Sullivan directs us to Marc Lynch and his views which I think are well worth reading. All depends, in his view, as to whether or not we can succeed and do so quickly. The stakes are high. Bahrain and Yemen are both now engaged in severe crackdowns against rebels in their nations. A quick success in Libya could give them pause. Otherwise, the cries for freedom may be muffled once again.

Some good news in Wisconsin. A judge there has placed a temporary restraining order against the Govenator’s new union busting bill. A full hearing will be held, to determine the legality of the sleazy trick the GOP attempted by violating the “open records” law. There is some reason apparently to think that the judge might be inclined to the union side of the equation.

Lest we forget, the GOP of course is claiming that union benefit packages, including pensions are grossly unfair and bloated. All the while they claim this, not a one of them refuses their own pension plans gifted to them by taxpayers. Steven King (R-IA), oinker from Iowa, claims his is “slim pickins”, while the FACTS seem to suggest just the opposite. Like health care, which they are also again, and which they also receive from the taxpayers. Me thinks King, et.al. speak with forked tongues.

Did you know that in the three areas of the US that carry the english version of Al-Jazeera, it gets quite high ratings? Did you know that every time cable networks start to talk about putting them on the regular cable news lineup, the conservatives go bat shit crazy? Political Irony suggests, I guess we don’t have freedom of speech here unless it agrees with what corporate-owned media likes.

As many of you know, the Dalai Lama has been the political and spiritual leader of the Tibetan people for many years. He has been in exile since 1959. Recently he signaled his intent to step down as political leader, feeling that the Tibetan people should be able to rule themselves. They don’t like the idea, and apparently do not intend to amend their constitution to make that possible. I guess it means that the Dalai Lama is doing something right. It’s hard to think of any leader that the people wish to remain in office in this world today. Maybe we should take a look.

A book you might want to take a look at, called the Sufi’s Garden.

I think I’m going to inquire about getting it for review. It looks simply divine. [h/t 3quarksdaily]

I bet you forgot, that you used to memorize things. If you are old as me anyway, which is older than most trees, but not quite as old as the Jurassic. See, we used to memorize things like phone numbers and addresses. And we don’t have to do that any more, so we are beginning to lose our abilities to remember stuff. I can tell you that is true because I dare not send the Contrarian to the store to pick up five things without writing them down. Actually, make that three things.

Anyway, there is a new book out that helps you remember what you never knew, or something like that. How to remember stuff. Moonwalking with Einstein: the Art and Science of Remembering Everything. Read a review of it here.

Okay, you got enough information to make you  the hit of the party tonight. Have at it.