Shhh. Be very quiet. This is a house of where now we whisper. “It’s the Playoffs!” Shhhh. Turn around three times, and blink twice. Rub the rabbit’s foot and wiggle your toes. Avoid the black cat.

Negativity be banned. The Packers are poised. They are coming to a TV near you soon. They will prevail. They will overcome.

Okay. Get my drift. My house is in a tizzy all because a bunch of overpaid prima donnas are about to take to the fields of America and cheat, beat each other to a win, all entitling them to advance to the next round.

Everything under heaven and on earth stopped this morning as the Contrarian frantically searched the TV guide looking for THE teams’ game day and time. “I can’t find the early game!” he moaned, nearly swooning with fear.

“Try the Internet,” I mumbled, making the bed.

“Oh God, that will take forever!” he intoned.

Ten minutes later, he was pouting, “It’s taking so long!”

“Welcome to my world,” I chuckled.

Suffice it to say that the early game was the late game, and the late game was an even later game, and I get to watch football tonight and then, joy of all joys, do it all over again tomorrow. Whew. I’m sharpening my knitting needles for all the fun!

Now I admit, I can watch football with the best of them, but gee wiz, this is a bit obsessive dontcha think?

Oh, and if there is any question in your mind, the Packers are gonna win the whole thing. You can bet on that literally. Now personally, I have my reservations, but God, I sure ain’t gonna utter them around this house. I’m lucky I got the   Contrarian to go out and bring in some wood to keep my tootsies warm today!

Bringing another voice to the Huckleberry Finn controversy, I give you one Roger Ebert. His take is I think worth your while. The more I read of Mr. Ebert, the more I respect this man.

Don’t know if you heard or not, but Steve King (R-IA) put foot in mouth again. Chastising a Democrat on the floor of the House, for criticizing Speaker Boehner, King regaled that Boehner was full of mendacity, not knowing what the word meant. Boehner indeed is a liar when he claims that the Affordable Heath Care Act is a job killer and costs too much.

Actually it’s working pretty darn good. And that is according to no less than Forbes Magazine. There has been a major uptick in small business buying health insurance for their employees, many for the first time ever, made affordable by the tax credits within the Act.

No doubt Boehner will call that an “opinion” just as he did the CBO estimates that repeal of the act would cause deficits in the area of 230 billion within ten years.

Since it doesn’t fuel the narrative offered by Faux News and the GOP, you might have missed this story. Egypt, rift with Al Qaeda like attacks on Coptic Christians, and not confident that their government could protect the latter, saw fit to unite to protect Christians worshiping on Christmas. Yes,  that’s right, Muslims  protecting Christians.

It is essential that we report, and spread the word, that Americans who have an agenda that includes vilifying Muslims must be met with facts. Muslims are not to be another “excuse” to blame some “other” for our own failings.

I’ve tried in the past to interact with atheists, but the NeoAtheists are a different breed, younger, and arrogant, and unwilling to discuss issues on any other plane but from a fundamentalist outlook. I know not where to find agnostics, who by their very nature aren’t usually of such a serious bent as to blog on their questions.

James McGrath, does an admirable job of addressing such concerns, with lots of links to atheists, believers and those in-between. I found the discussion heartening and informative.

Border Explorer has a very important post on migrant workers in this country. It’s a must read. We owe a great debt to our Latino brothers and sisters for all the work they do. Please read.

Inexplicably, Billo the Clown (Bill O’Reilly) seems to believe that the fact that the sun rises and sets and that the tides go in and out, is evidence that God exists. Inexplicable because although I believe that O’Reilly is a horses butt and rather uniformed by choice, I didn’t think he was flat-out stupid. Both Jon Stewart and Stephen Colbert have had occasion to query how Billo seems to not understand the concept of GRAVITY?  I mean junior high kids could explain that one to Billo. (H/T to James McGrath.

We mentioned the other day that the GOPers in reading the Constitution in the opening session of the House, omitted the 3/5ths clause, because it had been “amended” out. In reality it doesn’t fit with their narrative that the Founding Fathers were perfect and only instituted a limited government. Forgetting of course that the Articles of Confederation were a “limited federal government” and scrapped as unworkable. Of course the 3/5ths clause suggested that our FF were flawed humans as we all are. An excellent article to that effect is by Paul Harvey, teacher of history at University of Colorado. (H/T to James McGrath)

What’s on the stove: hotdogs, hash browns and coleslaw. 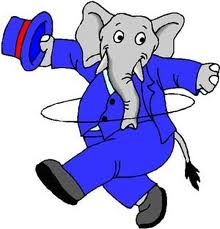 Nothing could be finer than to be in the 112th Congress, watching all the mutual self-pleasuring by the GOPers today. All those fresh-faced deluded newbies, all so sure they are gonna “shake up” Washington.

Today we humbly, and with great awe, read our “sacred” document, the US Constitution. But not just any old Constitution, but the new and sanitized version, you know the one without that troublesome stuff about certain people being 3/5 of a human being?

That sons and daughters of the republic was A MEND ed, and so we are gonna skip that part. No need to be reminded that our not so sacred forefathers were a bit on the bigoted side. That would not square with the story they are trying to tell. The GOP is always in control of the story–lie as it usually is.

So, we are treated to this pretense, with all the pomp and circumstance these somber, awed blowhards can muster before the cameras. Each solemnly walks to the podium and with deliberate seriousness, mouths the holy words. We sit in hushed silence, afraid to even breath, should we not exhibit the proper respect.

HOLY CRAP.  Psst? Do they get it that the Articles of Confederation, that document of state’s rights, was SCRAPPED as unworkable in favor of a strong Federal Government?

There is movement afoot to change the wording in Mark Twain’s Huckleberry Finn. You have probably heard–to take out that “N” word. Such a thing is nonsense, and wrong. In my opinion. Twain was making a point, and the language used helps drive home that point. It reminds us of who we WERE and STILL ARE in some places.

We need to confront those ideas in our own heads, and in our communities. Not sanitize them, much as the crazy right-wing revisionists want to rewrite our history to make it Judeo-Christian in orientation, and plan. Truth is always the best defense.

Do you agree or not?

Well, the computer has acted up, and went dead. When it revived and I got back to this post in progress, over 50% of it hadn’t been saved. Got just love that.

I did write that the CBO had just screwed up the GOP’s claim that the Affordable Health Care act was “too expensive. It turns out that the repeal the GOP wants, but will never get, would cost 230 billion over ten years. Of course the GOP answers that by simply not paying any attention to the non-partisan body. They don’t count costs in cutting programs, just require finding money for new spending. Watch the deficit climb under them. If for sure is gonna happen.

On another note, Infidel 753 has taken issue with TomCat at Politics Plus. I know the post in question, though I’ve fallen off Tom’s blog for a while now. It’s about compulsory national service. Either military or some sort of public works work. Infidel argues most convincingly it seems to me, that such is an affront to liberalism.

I hadn’t thought much about it, but I found his arguments persuasive. The discussion is worth your time I think.

We here in Iowa are just bouncy bouncy, happy happy, wiggly, and jiggly, over the prospect that unfavorite daughter, Michele Bachmann is heading our way to discuss the relative merits of her tossing her wild eyes into the 2012 run for the WH. Yes, you heard that right. I am apoplectic with excitement.

Imagine seeing her and the Sarah on the same stage having a GOP debate? If you can call it a debate that is. Can’t you just die for it?