It was bound to happen. Somebody, and then a lot of some bodies were gonna call out Willard for being a wimp. Wimp is really too nice a word–gutless would be more to the point.

We got some indication of this just by looking at how Bain operated. It’s basic business model was to so structure the take-over so that Bain made money no matter what happened to the company they were restructuring.

Others say that Willard is uncomfortable among those not of “his kind” and gets flustered. This explains why he avoids the press–he fails to anticipate the question, hasn’t thought much about it anyway, and tends to be fairly unaware of what is coming out of his mouth. Thus the silly references to “trees being the right height”, a funny picture reducing him to “guffaws”, and so forth.

He has no real convictions I’m convinced, and thus it is of little consequence from his point of view to change his position to satisfy whomever stands before him. He has no courage to stand up. If you have watched him over the last week with his new “attack dog” motif, you can surely see the fake-ness of it all. There is nothing authentic about him, thus nothing authentic sounding about anything that pours forth from his lips.

The latest pander, by the way, is to declare Jerusalem the rightful capital of Israel, something no American president has done since 1948. The UN has declared it an “international city” and frankly Willard seems not to realize that to claim to intend to move the American embassy to Jerusalem is to whip the winds of war in the Middle East.

More talking out of both sides of his mouth came when he praised the Israeli health care system–a system that has been socialized since its inception in 1948. What is good for Israel is not of course good for America apparently.

I  just thought this was funny. I think the headline should be “don’t drink and drive”. How ’bout you? 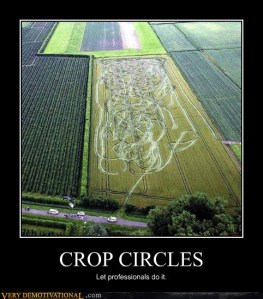 Justice Scalia has put an ad in the paper asking anyone who may find it to return his brain. This looney-toons thinks that the proper way to interpret the Constitution is the use the plain meaning of the words as meant at the time the document was formed.

Therefore. . . .this idiot claims that the only restrictions that can be placed upon the 2nd Amendment are limitations that would have been “reasonable” to the people at the time. He cites that a misdemeanor for carrying a head ax was proper because such a weapon was considered frightening at the time.

Do you think that a rifle made to look like a AK-47 might be frightening to-day you moron? According to Scalia, it doesn’t matter. If the locals of 1770’s couldn’t foresee such a weapon, it is not illegal today. Nor are hand-held rocket launchers, under his theory that any hand-held weapons are protected, which a cannon would not be. (I suppose that refers to “keep and bear” obviously meaning hand-held?)

Oh, if you find any screws around, send them to him too, he’s obviously lost all of those too.

Enjoy your day. There is no more news. Trust me.