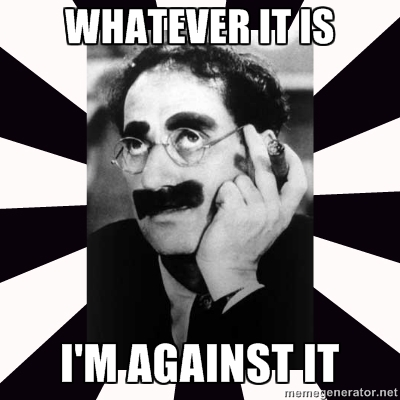 So we can start off with the “this is much ado about nothing” which of course begs the question, “why bother?”

Cuz a girl’s gotta write since it’s my passion, and there is always the miniscule hope, (for we all know that it springs eternal) that some poor bastard out there who was “damn the President for dissin’ Christians” will awaken from the fog of dissonance and the clear bell of enlightenment will ring forth: “I was once stupid and now I am not.”

Such is at least my justification for this essay.

I just happened to be tuned in the other morning as the President gave the traditional speech at the National Prayer Meetin’ which is held annually in Washington where all the sinners come to pretend they are doin’ their very best to apply God’s law as they slip another check from Exxon-Mobile and JP Morgan, into their $3000 suits.

The President, as we all know, has pretty much given up on the idea that facts, and good logic will get him anywhere, and as of late has pursued a policy of “screw you, try to stop me” and a general “fuck you” to Congressional Republicans who are fresh off the latest round of “ain’t got no bootstraps with which to pay for healthcare? Well die, you dog, and make room for those who do.”

As every good American knows, there’s the guys in the black hats (bad) and the guys in the white hats (good) always near to the scene. America is built upon this scenario and we have all the cheesy old westerns to prove it. Let us introduce the latest and best entry into the black hats category. A group known as ISIS (not to be confused with an Egyptian god) or ISIL if you have a clue what Levant means.

ISIL is a slipshod group of thugs who claim a perverted understanding of Islam which they use to justify their attempts to take over the world. Since their threat is pretty much everywhere, that means just about everyone else gets to be the guys in the white hats, but Merika of course always has to lead, cuz we are the super, super white hats.

Anyway, if you hadn’t noticed, we have a fair share of Arab Muslims (and Arabs in general) who live in the US, and boy I sure wouldn’t want to be them, since Americans are flighty people who tend to assess blame against whole swaths of people since it’s just easier. We learned that from the movies too, where it’s often best to “shoot first and ask questions later.” Anyway, even the dumbest of President (that would be you Dubya) have realized that it’s really not a good idea to let the great stupid mobs of American whiteness carry on in this manner, and so they are always at pains of ‘splainin’ to the stupid white people that NOT ALL ARABS ARE MUSLIMS AND MORE IMPORTANT NOT ALL MUSLIMS ARE KILLERS. In fact the huge majority are not, but are just peace-loving, family-seeking individuals like you and me.

Now Dubya can say nice things about Arab Muslims, and even hold hands with them, and nobody thinks a thing bad about it.

He can even share a short peck and not even be thought particularly gay. Just good old American manners.

And he can say all kinds of nice things about Muslims to remind dumb American white people that it’s never a good idea to paint a brush too broad.

erica treasures the relationship we have with our many Muslim friends, and we respect the vibrant faith of Islam which inspires countless individuals to lead lives of honesty, integrity, and morality. This year, may Eid also be a time in which we recognize the values of progress, pluralism, and acceptance that bind us together as a Nation and a global community. By working together to advance mutual understanding, we point the way to a brighter future for all.” Presidential Message Eid al-Fitr December 5, 2002

Humanity has been grappling with these questions throughout human history.  And lest we get on our high horse and think this is unique to some other place, remember that during the Crusades and the Inquisition, people committed terrible deeds in the name of Christ.  In our home country, slavery and Jim Crow all too often was justified in the name of Christ. . .So this is not unique to one group or one religion.  There is a tendency in us, a sinful tendency that can pervert and distort our faith.  In today’s world, when hate groups have their own Twitter accounts and bigotry can fester in hidden places in cyberspace, it can be even harder to counteract such intolerance. But God compels us to try.

the hue and cry from the extreme right in this country rose like a phoenix, screaming that such utterly evil words had never been spoken in all of our democracy.  Former Governor of Virginia, Jim Gillmore was “outraged” having never heard a more terrible thing from the lips of a President. Santorum and Limbaugh chimed in with their mortification of Christianity today being compared to the unspeakable ISIS killers. And on it went, the rallying cry being “this is not a moral equivalency!!”

And it was not suggested as such either, if you read the text.

It was meant to remind everyone that while the killings by ISIS are horrific, we as humans have been doing horrific things to each other since the inception of so-called civilization, and a good deal of it has been veiled in perverted religious beliefs. People find it most convenient to put on the mask of religion to disguise their blatant lust for power and to express their hatred and fear. It has always been so. ISIS is no different in that respect than all the others. It is no more heinous, no more bloody certainly, and no more representative of the faith it espouses than any of the others were.

A few examples should suffice. 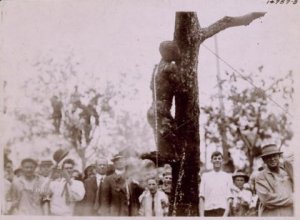 African-Americans in this country were often burned at the stake during slavery and Jim Crow. If you don’t think it was done in the name of Christianity, then read the words of the Confederate Vice President Alexander Stevens:

[T]he first government ever instituted upon the principles in strict conformity to nature, and the ordination of Providence, in furnishing the materials of human society … With us, all of the white race, however high or low, rich or poor, are equal in the eye of the law. Not so with the negro. Subordination is his place. He, by nature, or by the curse against Canaan, is fitted for that condition which he occupies in our system. The architect, in the construction of buildings, lays the foundation with the proper material-the granite; then comes the brick or the marble. The substratum of our society is made of the material fitted by nature for it, and by experience we know that it is best, not only for the superior, but for the inferior race, that it should be so.

It is, indeed, in conformity with the ordinance of the Creator. It is not for us to inquire into the wisdom of His ordinances, or to question them. For His own purposes, He has made one race to differ from another, as He has made “one star to differ from another star in glory.” The great objects of humanity are best attained when there is conformity to His laws and decrees, in the formation of governments as well as in all things else. Our confederacy is founded upon principles in strict conformity with these laws.

The charred body of Jesse Washington pictured above was in 1905 in Waco. The deaths of countless other African-Americans during Jim Crow by lynching, by the KKK (which always has a “Christian” front), occured. George Wallace invoked the name of God dozens of times in his 1963 inaugural  address where he also famously uttered the words, “Segregation now. . .segregation tomorrow. . .segregation forever.”

The extreme Right-Wingers will tell you that the Crusades were wars of defense. Yet the arguable owners of that land were Palestinians and Jews. Muslims lay claim based on Muhammad. Yet Christians have no real claim certainly any greater than Jews or Muslims. All claim the area as holy.  Yet when the first Crusade ended, the city of Jerusalem was cleared of all non-Christians, and by cleared I mean murdered. Jews who barricaded themselves in their synagogues were burned to death and survivors sold into slavery. All told the Crusades occurred over about 200 years, ending in 1291 or so.

When Saladin recaptured Jerusalem, only then were Jews allowed to return and live in relative freedom.  This was in 1187, nearly a hundred years later.

They claim that the Inquisition was “political” as if that means something.

In fact the Inquisition was instituted by Pope Innocent III and set up by Pope Gregory IX. Confessors to heresy were burned alive. In 1242 the Talmud was condemned and burnings of Jews began in France in 1288. The Inquisition was begun in Spain for fear of “secret Jews” and the Conversos (those that had converted at pain of death in the first place and were suspected of retaining their true Judaic beliefs). In Seville alone more than 700 Jews were burned to death. By the time it ended in 1808, nearly 32,000 died by fire.

And the Inquisition was not just in Spain and France. It spread to Portugal and then to New World colonies and throughout Asia as well.

We need not but mention the Troubles in Ireland in which religion was the division between sides. Or that of India/Pakistan again, where religion affiliation defined the sides.

It is not that religion perverts human souls, but that some small sick group humans use religion to perpetrate their own evils upon the world.

President Obama, in the hopes of tamping down the ugly nativism that is so beginning to plague this nation with its ugly hate, attempted to remind us that we all have blood upon our hands. ISIS is but the latest in a long line of evil people doing evil things in the name of their perverted version of God.

** Let me recommend Jeff Sharlet’s book The Family which documents the shady and weird folks behind the National Prayer Breakfast.

**Also a great read is Karen Armstrong’s Fields of Blood which argues that religion has played  a lesser role in most violence historically, however much it may have been the cover story. I’ve not read this but I’ve read others of hers and she is a uniquely qualified religious scholar who is highly respected for her scholarship. She was once a nun herself.