ironies of life, life in the foothills, lifestyle, the GOP clowns

I’m not sure when it happened exactly. I don’t recall anything especial about the day.

Oh, the day I realized that I had the answer to most everything. When I got it all figured out, and knew that the remaining puzzle pieces were all gonna fit. In my picture of the world.

It should be a national holiday, shouldn’t it? And I know, now you are grabbing a blanket, some snacks and sitting down to listen carefully as I explain the answers  to all your hearts questions.

Sarah Palin continues to bring down the IQ level of the planet simply by breathing. She interjected herself and her simpleton daughter into the Duggar fray. She uses big words of which she knows not. Pedophilia comes to mind. Sarah, coming to a supermarket opening near you.

I ponder how profoundly the world changes. I mean, one doesn’t have to be a genius when it comes to history to understand that Jews and Arabs were natural allies for a good many HUNDREDS of years before they weren’t. Jews found some safety in Arab controlled lands at least when it came to the Christians who often slaughtered entire towns of them during the Crusading years. Muslims allowed them safe haven and allowed them to practice their faith largely unhampered.

And let us not forget that Jews fled places like Spain, often ending in Muslim held lands, to avoid  Torquemada and his forced “conversions” of Jews to Christianity. Muslims fared no better.

Yet today, we have a Middle East Muslim population determined (rationally or otherwise) to eradicate “Israel from the map”. Actually I think that refers more to the physicality of the state rather than all people Jewish, but still, a hell of a turn of events wouldn’t you say?

Is it in the water? No. It is the result of trying to pretend you’re holier than thou, when you are not. That’s why the GOP continues to find itself mired in the cesspool of sexuality wrongdoing virtually ALL the time. Hastert and the Duggars are simply the latest examples. We ain’t talkin’ your garden variety adultery ya know.

Like wrap your brain around the fact, that while wringing his holy hands in shock and dismay at Clinton’s adultery with Monica, the Speaker (Newty) was busy on his third serial adultery himself (and treating his ex in the despicable manner only a man who thinks of women as disposable arm candy can).

Newt stepped down in favor of Bob Livingston, who stepped down even before he formally took the gavel, having played around with as many as four women not his wives.

And then they settled on Dennis Hastert.

Well you know how that turned out. And then there was that guy who was pantin’ after pages. And the prostitutes, and the gay liaisons. And plenty of regular old adultery. It’s not that the Dems don’t engage in bad behavior, but it seldom flies in the face of their public hypocritical stances on gay rights, and the sanctity of marriage and all that other rot. 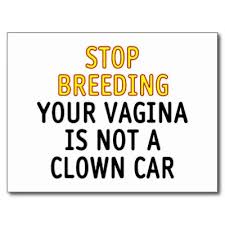 This sign should have been posted back in the fifties and sixties to most of the mothers giving birth to people like Santorum, Carson, Trump, Cruz, Walker, and so forth and so on and so on.

If I hear one more Republican strategist talk about the “wonderful field of candidates” we have this season, I’m gonna vomit.

Seriously do you paint crazy glue on your face so as to not crack up when saying that shit?

I read this and it seems accurate. The song says, “only the good die young.” That might well be true. I’m living proof. I ain’t good by design that’s for sure. My heart leads me to places that seem to rail at inequality, injustice, and all manner of dickish wrongitude, but it’s from no desire to be good. Just how it turned out. Education is a powerful teacher.

Speaking of which, living well is the best revenge I’m quite sure. And once I learned that, I spent my time trying to live well, which made living well much easier I gotta say. And knowin’ that the people who dislike me the most live these narrow mean little lives, well that’s my frosting.

My husband and I chatted the other night about how in our darker days (before we met or otherwise) when one sits and daydreams about the “perfect life”, well, reality caught up with us both. We are living it now. Both of us, rather blissful, sober in our assessment, very very aware of how lucky and blessed we are.

We love where we live (it ain’t called land of Enchantment for nothin” folks). We love our home and fitting it to our needs and desires as perfectly as possible. We love our companion pets whom we are privileged to care for. Most of all we love each other. After nearly sixteen years we still are never bored, and seldom disappointed. We laugh, and almost cry occasionally at how lucky we are.

I recall my father saying very sarcastically as he sat in his chair, his life fading away before his eyes, “And they call these my golden years.”

Well, they are truly golden for me, and I wake with such anticipation and such eagerness each day, fulfilling all my dreams and hopes for how I would live and do in these years after the working was finished.

But I’d still like a spare million should you have it. I can do more. 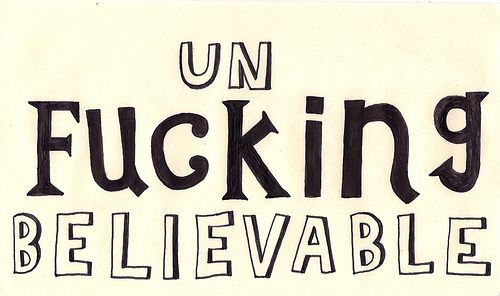