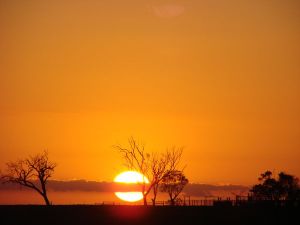 Praise be to whatever Goodness speaks in your heart this day! In response to hatred, there is love being expressed, tolerance overflowing and men and women of good will gather in friendship.

A couple of important notices:

First, for those living near the environs of Cedar Rapids, IA, please take note that an interfaith “Day of Remembrance, Unity and Respect” is scheduled for 9/11 at 1-2:30 pm at the Islamic Center of Cedar Rapids, 2999 1st Ave NW, Cedar Rapids, IA. Members of the Islamic faith, Judaic faith, and Christian faith will gather for a few words and prayer. Please come if you can to show your support for tolerance, and unity in recall of our time of tragedy.

If you cannot attend, please consider this Facebook call for unity and tolerance. Dr. James McGrath has created a FB page called, “read the Qur’an day.” Please go and sign up. We cannot remain silent in the face of the hatred being expressed by a tiny minority. We must speak out. We are a nation of immigrants. Tolerance is what defines us.

I caught this over at National Catholic Reporter. Fr. John Dear, SJ, has written a post on the sad but true fact that what can only be described as dictator, Columbia’s former president, Alvaro Uribe, has accepted a teaching position at Georgetown University. Fr. Dear has a good history of both Uribe and Georgetown’s questionable dealings with the American war machine in the past. This is truly sad to hear. I certainly don’t deny that Uribe has a right speak his piece about whatever, but I surely think there were better choices for teaching our youth than one who has had such a close connection to warlords and other murdering types.

I was born in Flint Michigan and lived a considerable number of years in Detroit, so I know of what I speak. Both are ugly decrepit cities and nothing much can save them I suspect. Both largely grew to magnificence (or some semblance of that) through the age of the Automobile, now both rust away as the heyday of automotive power wanes.  The Boston Globe has an interesting article on how these declining cities deal with this. How to downsize? (Note: recently Detroit decided to go forward with wholesale demolition of old neighborhoods long abandoned–thousands of homes are involved so I understand) A truly innovative look at a problem.

To those of us who pay attention, the Teapartiers have always been an anomaly. A conglomeration of mostly uninformed folk, who rant about “our freedoms” while having little or no clear thinking about what the Constitution says or means. Ironically they are often “for” things that are in-opposite to long-standing constitutional norms. In essence, they are often willing to eviscerate the Constitution in the name of upholding it. DeWayne Wickham at USAToday has a great article about the new KnowNothing Party.

Oh and before I forget, let my say this: This refusal of most of the “high-ranking GOP leadership (read Palin, Boehner, Gingrich et al) to condemn the Qur’an burning is disgusting and amounts to an endorsement. They are willing to allow their hate spewing followers to believe they favor it rather than have the guts to stand up for what is right. So much for ethics. But then who ever assumed they had any?

And we see that John Sidney McCain is criticizing the President for allowing the tax cuts for the rich to expire. Oh but, darn, McCain voted against them when Bush proposed them? How to reconcile this old fart? Just another one of your vengeful acts isn’t it John? You hated Bush for beating you, and you hate Obama for beating you. You need to go sit in your chair and muse about the dust bunnies in the wind.

If I hasn’t come to you yet, it will. Which came first: the insipid vapid (id words you see) moronic lack of intellect of the average American, thus requiring constant feeding of irrelevant nonsense, OR the increasing laziness of the journalistic working man and woman, who has traded actual journalistic skill for a few tips from Entertainment Nightly. Huh? Well, D-Cap tackles this one.

Christian Beyer is a fine writer and thinker and knows fundamentalist Christianity from the inside. See his blog entry today: It’s time for Christians to declare jihad against Fundamentalism. Just an excellent read.

Sad to say, but perfectly predictable, the right-wing and GOP are using the upcoming 9/11 date to raise money and spread hate. They have been doing it for years, and plan to continue it seems.

Ya know there is just plenty of crap to worry about. I worry a lot about that seething mega volcano just waiting to erupt in Yellowstone. That will take most all of us out. I worry about the state of our magnetic field, without which we will all be toast in days. Well, now I gotta worry about asteroids again! I thought we had that one all taken care of with an array of telescopes all searching for any misdirected balls of iron. (Jupiter with its super-massive gravity well is largely to blame–just so you know where to direct your ire.) Turns out NASA which runs this safety program is RUNNING OUT OF MONEY.

So I figure, we should perhaps set up a citizens brigade or something. You can leave your name and number and the night you would like to take your watch. Don’t push. Sharp eyes and a pair of field binoculars are required.

What’s on the stove: chili today. Oh I know it’s early, but I was hungry for some, and I made it really good and hot, and with some fresh corn bread. HA!