Are you a junkie?

“Psst, come over here so we can whisper.”

Does your heart go pit-a-pat at the idea of buying other people’s stuff at bargain prices?

Yeah, I know. It’s just too good to pass up.

I like estate sales way more than auctions. I hate to wait for hours for “my” item to come up and then the bidding starts about a kazillion more than I could ever pay in the first place.

Estate sales are neat and tidy. Everything is already marked.

We went yesterday to a great one. Chock full of lawn and garden this and thats. I mean stuffed with planters and statues, chairs and tables. Just stuffed. We bought a bear carved from a log with a welcome sign. That went at the front door, hoping to distract from the lovely? piece of patio stone with the words “The Payton” carefully painted on it, a gift from our handyman. Of course it’s Peyton and not Payton and it should have an ‘s at the end. We must of course show it. We would not be rude.

We also got “Juanita” a two-foot terra-cotta Indian woman with long braids and an ample girth. She’s in the living room hopefully giving off good vibes. Then I splurged on a copper sculpture that is a series of rings mounted on a disk. I guess I should take a picture, but anyway it’s a piece of authentic art produced by a sculptor here in Las Cruces. I also picked up a glorious leather purse on the cheap which is the perfect size.

We are going back today when things are “half price” an ultimately “best offer” to gather up some garden urns and perhaps some wall artwork. 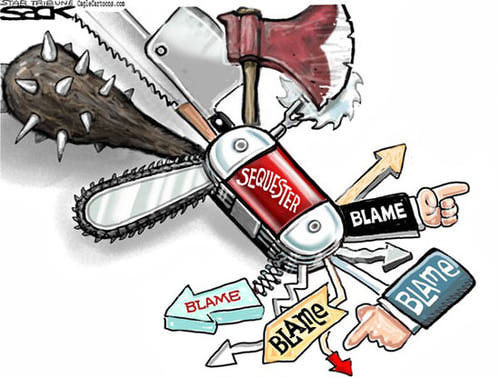 I am so freakin’ tired of the word, and all it entails.

I am so tired of idiots.

Boehner looks more and more the boob as one-trick pony. If he says, “it’s time to get serious about spending cuts,” I may hire a thug to go to DC and beat him to a pulp.

It’s time to get serious about kicking your ass to the curb.

It’s time to get serious about kicking the Tea Bibbers to the curb, permanently.

Seriously, my dog could do the job. Seriously, I think he could. 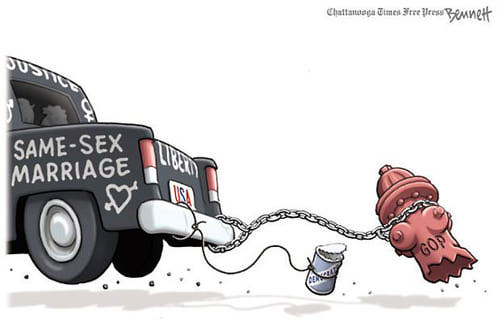 I really think this is gonna happen.

I mean I really do.

About 30 other states have similar ones. They should fall too.

Then perhaps we can get on with other issues rather than continuing our relentless attempts to punish people who aren’t like us.

The same will probably not be said for the Voting Rights Act and section five. That is probably going to fall. And that is a shame. Instead it ought to be upheld and broadened to cover the entire country. And it ought to prohibit any attempt that tries to disenfranchise any group of people, be their students, the elderly, or ethnic minorities. Voting is our most precious right. We should bend over backwards to make sure than everyone who wants to can. And maybe we should mandate that everyone does. 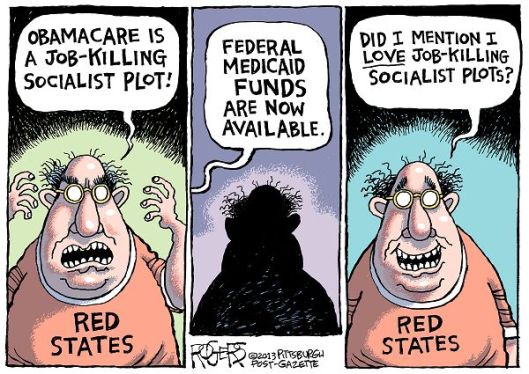 The GOP assured us that they would NEVER go willingly into the land of Obamacare.

They would kick and scream, they would throw themselves upon grenades if need be.

But political realities have a way of changing stubborn minds. Fearing that his time in office is limited, Governor Scott of Florida has had a change of heart. Chris Christie saw the logic of the situation as well.

Bobby Jindal has not. Which is a pity, since he counseled that the GOP must stop being the party of stupid. He’s the one of stupid for continuing his hold out. I mean who wants to be in the same camp as Ricky Perry from the grand old state of delusion, Texas? I mean Bobby, you still have New Orleans! You are not in Mississippi or Alabama, fighting for your very IQ life. I mean really Bobby. 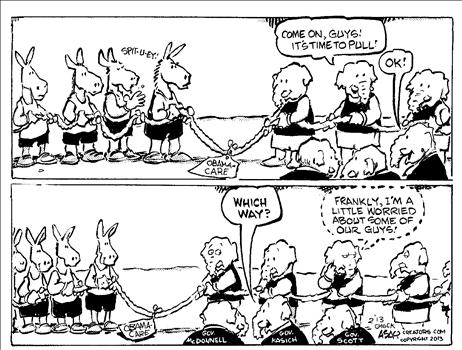 Well it just ain’t about Obamacare though.

It’s about everything these days.

How to rid themselves of TEA! When all the respectable Republicans (assuming they exist) just want a cuppa joe.

Boehner looks sad most of the time.

He must weep a lot at night.

The Tea Bibbers on the other hand, are all gleeful. They are too stupid to know any better.

I tell ya, it is so unfair to elephants to have them embarrassed this way in association with jackasses. I mean is that an irony or what?

We’re hitting around 70 degrees here today. I mean that is enough to make a heart sing is it not? 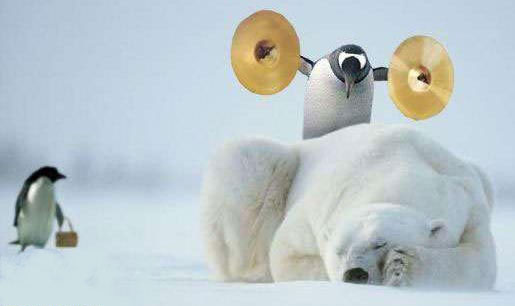