I finally figured it out. How stupid of me not to have seen it before. Nobody beats their head against a wall forever. The outcome does not change.

It is apparent that the GOP is suffering from a bad case of masochism. I mean a really severe case of it. I mean let me explain it by way of a baby.

Now the GOP sorta like this. You dangle a few teabibbers in front of them, and they will drop a legion of regular fiscal conservatives. They can’t seem to get the idea of counting. They give up the vast middle because the fraction dances a jig in front of them and threatens to go (where exactly?).

I think they get a perverse sexual kick out of it. Just a theory mind you. But you explain why they can’t let go of the crazies in favor of a really much larger middle.

The Chinese are busy stealing our intellectual property.

That used to be done by stealth by men and women sneaking into offices and jimming safes and taking pictures of formulas.

Cloak and dagger stuff. Something you could at least applaud for the sheer audacity of it.

Now? It’s all done thousands of miles away by geeky types with lips smeared with pizza sauce and button-down plaid shirts and cheap sneakers.

I am very sure that if you go to that building in Shanghai where the special section of the Chinese army is busy breaking into computers all over our land, that is what you will find.

I think we should shame them. I mean, “hey Chinese government, can’t you think up these things yourself? Are you so pathetic in intellect that you have to steal it? So much  for your much touted smarts!”

After all, it worked so well with Japan and South Korea.

It must be something in the rice that makes these folks so wily when it comes to cheating. Or again, it may speak to just how smart they really are.

In any event, we are getting screwed.

The GOP are messing up the immigration thing.

There is no way out for them.

Even if the “calmer” heads in the GOP (stop laughing!) prevail, do you think that the Latino population is going to forget the fight within the party?

When folks are talking about keeping them in guest worker mode forever as a way to insure cheap labor for the “dirty” jobs, well, I think you have already lost the battle no matter what the final outcome.

Perhaps the GOP needs a lesson in “shut the f**k up” when it comes to talking outside of very very closed doors.

It is lost on no one, that anything the President proposes, is “dead on arrival”. They actually use those very words.

So if the President proposes  some ideas on immigration, they call it “interference” and “political posturing”. If he leaves Congress alone, they call it
“unengaged” and “not leading.”

They also think we are too dumb to catch on.

They always think we don’t see the truth.

But to be fair, when you have been divorced from the truth as long as they have on almost everything, it’s probably pretty hard to know fact from fiction.

And they are still using the old Rovian playbook which states on page one: If you say a thing again and again, sooner or later, it will be taken as true.”

Of course that is only true if you keep a straight face and are talking to a Teabibber. Actually with a Teabibber, you don’t need the straight face. They are so wrapped in their own little alternative reality that the won’t know the difference. 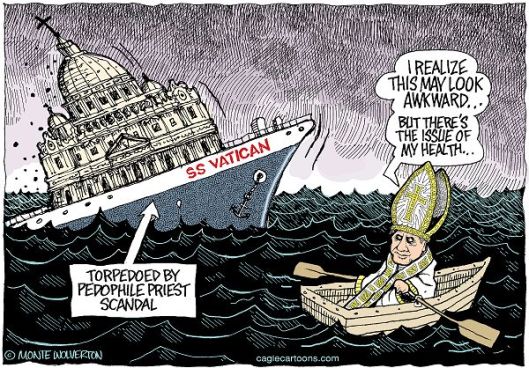 Lord, things are getting wicked in the Vatican.

Now they are talking about a secret study that shows that the Curia is just chock full of backbiting intrigue, jockeying for power, and *gasp* homosexual liaisons.

Sounds like the Catholic Church is in for a very bumpy ride.

I sigh a lot. I’d even consider going back to the Episcopals, but here in my town, there are no liberal Episcopals only the conservative Anglicans.

It’s just about enough to make a person give up organized religion and just steer an independent spiritual ship. I’m sure Jesus gets tired too.

Once upon a time it used to be pretty easy to tell who was crazier.

Kim Dong Un, like his crazy daddy, Kim Jong Il, were just about the craziest of the loons on the globe.

And we have been running that race into the ground lately.

I mean, like I said, it’s darn near impossible to pick a jackass of the week in Amerika any more.

There are people just standing in line for the honor of being named to that lofty pedestal.

But I’m pretty convinced I’m gonna live long enough to see him placed in a lock box and buried. Better yet, he can be chopped up and put in the nose cone of every nuclear device we have. I bet he would like that. 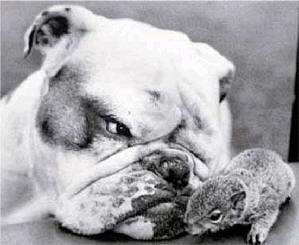 I’ve always thought the spy business was kinda silly. I mean, I realize it has its importance in times of actual war. Those people who infiltrate to gain information that will help your side win and do so more quickly, are courageous people it seems to me.

But this other stuff? Oh, my, it strikes me about the same as mercenaries. Gosh, gee, no war? I can’t kill no more? I’ll go volunteer to kill for you, for a price. Sick people.

Same for spies. Weirdos who try to inflate the importance of their spooky jobs. It always strikes me that the rest of us sit around making fun of them like indeed they are playing cowboys and Indians. Speaking of which here’s a fine review of Le Carre’s book, and some interesting commentary on the subject.

So who chooses to be a spy? Weirdos as I said. Probably the same class of human who wants to be a cop in a dangerous city. People who feel powerless. Not all of course. But in general I think.

The latest crop of spies are the bunch they recently caught in the US. It made me laugh. Kinda a joke don’t you think? Anybody think they were seriously gonna find out anything actually important? I doubt it. Loved watching the “transfer.” OOOOh so scary, and spyish.

I bet those Russians are kinda pissed now. Life here was probably more to their liking than what they now have in good old Moscow.

Oh, Google musta read my rant, and got my pictures back to the way they were. Good job Google. I’m glad I carry that kinda power.

The article linked above raised another interesting item came to me. The writer says he has read the novel many times. I’m not one to reread much of anything, though I have a couple of things, War and Peace comes to mind. With just so much out there to read, I feel I can’t spare the time to reread anything. The Contrarian is just the opposite.

I’m not sure what that says personality wise. Any ideas?

A terrific REAL poet is amongst us. I suggest you try this one and then browse through the site for other perfect gems. This one spoke so powerfully to me, that I wonder if the author has gotten into my head.

When it comes to thoughtful ponderings, nobody is much better than Tengrain. See his thoughts on our dear Sarah (that woman is an idiot) Palin, and her unforgivable use of her son Trig.

D-cap is starting a series on how we might consider changing our constitution to govern better. I’m fully in agreement that something needs be done to at minimum stop the ability of a minority to keep the majority from getting a bleepin’ thing done. So get in on the ground floor of what will undoubtedly be a thoughtful series.

Jaliya at Pushing 50, has a post on Target CEO and his wife who have allegedly given Michelle Bachmann the max in campaign contributions. While I don’t usually shop at Target, I do like their stores, but I will definitely not be spending my money there if this is true. Thanks for the heads up Jaliya!

I just made two loves of 7-grain bread. I got the recipe from Cooks TV show. I love their recipes generally, but they are usually more complicated than regular ones. But and it’s a big but, it’s frankly worth it. They really try everything and come up with the very best. My loaves weren’t as high as hers but otherwise look identical. They are supposed to be sandwich usable (most home made bread is too heavy, dense and dry for good sandwiches). If it’s as reported, I’ll share the recipe with ya tomorrow. They had a nice regular rolls recipe too. I make a batch of them and throw them in the freezer. Works wonderfully to jazz up any meal. Warm them and they are like you just baked them.

Sorry, I don’t seem to be finding much that interests me today. Some days are like that. I luv ya all. Be careful out there and keep your heads down.