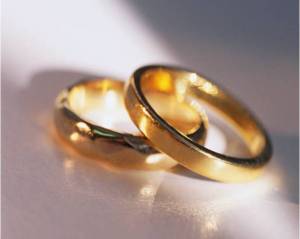 It seems to me, that if you are going to call someone a “hater of God’s word” then you have some obligation to know a tiny bit of what you propose to talk about.

At least that’s as I see it, and I have fairly loose requirements for giving opinions on most things. But a bit of actual knowledge seems appropriate lest you end up looking foolish as one person does.

The other day, I went to Facebook and was reading down my “friends” links. Friends is a broad term here, including a few high school classmates that I have come to see as fairly wrong headed in their thinking. Name that fundamentalist, creationist, YEC’er, birther, hater of all things Obama, and anti any government program which purports to assist the poor through taxes, something they don’t want apparently to contribute to.

In any case, the link was to an article about Cass Sustein, regulatory czar, who said that the government would be better off getting out of the marriage business and restricting unions to state civil contracts. Marriage should be something exclusive to religious institutions and other private groups.

Now one would think that the great uneducated wingnut right might agree. After all, they are mostly opposed to anything that involves government oversight–be it health care, business regulation, hate crime legislation. They are agin it all. So they should be for this. But think again. Logic has never played a part in the mind of a fundie.

Instead we are told that such persons who favor this are “hateful of God’s word.” Such a remark shows a complete and utter lack of any knowledge about the institution or the bible. No where as far as I can recall is there anything that purports to be a marriage that is conducted as a religious ceremony. Even the “marriage at Cana” seems bereft of any suggestion of religious involvement.

And surely this is the true when we look at history. What we find is that marriage was from the beginning a contract between the parties. Neither Greek nor Roman governments intervened in the marriage contract. Both marriage and divorce were by mutual agreement.

In the early Christian era, marriage also had nothing to do with the church.  In the 6th century in Europe, marriages were often polygamist in orientation and this was true of those who were baptised. Marriages were often considered political at the upper ranks. This mutual agreement system worked up until the 14th century as the common practice among all people.

I am told that people asked for and were ultimately granted a “blessing” that was conducted on the front of the church steps, but never inside the church proper. Finally, the church began registering these civil unions, but were in no manner required to do so. The state took no interest at all in such arrangements.

The Council of Trent, acting to counter the Reformation decreed that all marriages hence forth must be conducted by a priest to be “sacramental,” meaning recognized by the church as legal. The Anglican church permitted the normative “civil union” as late at 1753, when a formal church ceremony was required.

Although there are references within the Hebrew Scriptures that under certain circumstances, a brother might be required to “marry” a brother’s widow, such were not ceremonies involving the rabbi it seems, but rather mutual statements by the parties of intent to be “husband and wife.”

So any suggestion that someone who argues that we should return to a system whereby the state gets out of the “marriage” business, is on very firm historical ground. This is true for both Christians and non-Christians. It is also true that such a person is on firm ground as it relates to scripture. There is simply no provision for the church or synagogue to be enmeshed in the contractual obligations until a few hundred years ago.

It is simply the case that all “marriages” by mutual agreement were considered as “sanctified” in some sense by God. And the early and middle Christian communities never saw reason to involve the church in the process at all, for centuries thereafter. It seems rather that it was the wishes of the couples themselves which pushed for “blessing” and the church followed in some manner to fight the Reformation. Calvin did call for both state and church involvement, but that was in the 18th century.

Those that wish to vilify such a move today, have no basis for claiming that such a person or persons are “hateful of God’s Word” as it were. The Contrarian, who has long espoused such a belief, demands apology, though no doubt he will wait a long time to get one from the wonkettes who serve up every kind of untruth in order to express their hatred of all things Obama.