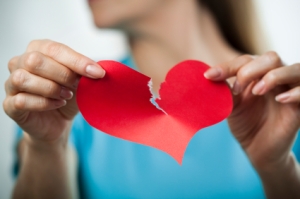 I’ve spoken once or twice about my failed relationship with my parents. Both of them. The trifecta of dysfunctional. It is probably not possible for two dysfunctional people to raise a third who is not also dysfunctional.

That would be me. But I take great comfort in the fact that I became aware that I was dysfunctional quite early on, and took a lot of steps to fix me. I did a good job. In fact, I have to say that that I’ve been “evaluated” and found to be quite sane, and quite functional. (Nowadays when you are considered for entry into the convent you get a psych evaluation, and you also get a copy–so I know of what I speak).

I’ve talked a bit about my mother and father, and how odd it seems to me it is that two people who BOTH functioned on the basis of conditional love would marry. But they did. I’ve explained something about what that is about, and I don’t intend to delve into that all again. It was what it was. They were who they were. Both were emotionally wounded themselves and given that, they presented as fairly normal as most people go.

I certainly am not suggesting that my life was any living hell. It was not. I was not physically abused. I received corporal punishment as was common among all the kids I knew, but no more so than most. My parents were emotionally abusive though I’m quite sure they would never have suspected that what they did was damaging or wrong. People who are emotionally abusive raise kids with all sorts of issues about self-esteem. It impacts what they seek, how they seek it, and how they evaluate their own success in life. It all leads to a bad end  of, I think, revolving abuse, if you aren’t lucky enough as I was to identify it, and fix it.

This all comes up because yesterday was Mother’s Day, and as you might expect, Facebook was just chock full of pictures of everyone’s mom and lots of laudatory things to say. I don’t quarrel with any of that, and in fact, I bless everyone who was lucky enough to have a good relationship with their mother and/or father as the case may be. Father’s day of course is coming up next.

I recognize that a whole lot of people say they “love” their mother, and they “honor” her in many ways, but if you probe a bit, you find that the relationship they had with Mother was anything but loving and supportive. In fact, books galore are written about the difficulties in parent-child relationships.

Which means really that people think that it’s wrong to admit that their relationship with parents simply sucked. It’s the same way mostly with “do you believe in God?” A whole lot of folks will say “yes” because they don’t want to face what they think will be the reaction if they say “no”. People react automatically to “don’t you love you mother?”  They say “yes” because the opposite is unthinkable.

And a ton of folks, bite the bullet as required every year, every month, or whatever, making the journey to mom’s or picking up the phone. But as they do it, their stomach tightens and they try to get prepared for what is to come. When the encounter is over, they feel mostly relief. They go home and lick their new wounds, or bandage up the old one’s that have been torn back open. Tell me if you don’t know people like that?

Yet, it’s somehow better to “put up with” mom’s snide remarks, badgering about the grandchildren she doesn’t yet have, you’re failure to live up to her expectations, and so on and so on. It’s better to put up with it than to remove yourself from a toxic situation that is causing you pain and trouble. Somehow you “owe” it because after all they “had you”.

Well, the dirty secret is that there are a lot of adult children out there who have cut the cord, saying enough is enough. I’m going to get healthy and stay that way. Mothers aren’t always “there for you”, they aren’t always “on your side”. They don’t always have “your best interests at heart”. Sometimes they have their own, and no doubt they are not even aware.

I recall many years ago a discussion with a group of nuns I was spending a weekend with. They were talking about the necessity to vision God in not just male terms. God needs to be what God is, non-gendered. The reason is that there are people out their who have been abused by men, and calling God “father” is jarring to them and makes it difficult for them to feel safe in God’s love.  I realized the importance of that idea, and it carries over to such holidays as Mother’s and Father’s day.

For those of us what have found it necessary to move on from these relationships, such days are reminders of what others have that we don’t. Or more correctly what many of those others profess to have because they are afraid to utter the words, “I don’t want a relationship with you any more.”

Someone posted this on Facebook and I went and read it, and was surprised at how viscerally some of these things hit me. It’s entitled, 13 Things No Estranged Child Needs to Hear on Mother’s Day.

No one should feel ashamed or more importantly feel called upon to explain or defend their decision. We are all born of someone. We do not “owe” them anything for that. We exist. We have a right to try to make our lives as happy and complete as we desire. Nobody should be forced to endure misery because “they’re your parents”.  I am sad that I did not have the relationship I envisioned.  I hold no anger that I did not. I have let all that go long long ago.

I have found the mentors I needed and they were happy to be there when I needed them. I don’t consider my story unusual or myself particularly brave or special.  I suspect there are a lot more out there who don’t desire to be open about their own journey of estrangement. They have every right to talk or not about it as they see fit. I’m just willing to let others know that if they are like me, they are not alone. Not by a long shot.

Maybe we need, a day of honoring all those people who have helped us become those things we admire in ourselves. A “You’re a Good Person Day”.

Perhaps it would mean more than  words spoken in hollow obedience to society’s “norms” that I fear is all too often the case.

12 thoughts on “The Dirty Little Secret”