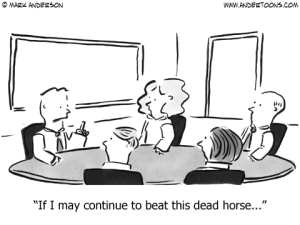 I am singularly aware that I bang a drum slowly, preach to the choir, and will change not one mind. Those minds that need to change, I fear are so atrophied by lack of use at this point as to be irredeemable.

However, why should that stop me?

I preach because in the great unwashed population, I sense a great number of hanger-ons, barely listening, hardly conscious of that which is beyond their own field of vision. They are the “average” person in American, and perhaps in the world. People so busy making ends meet, schedules kept, children raised to do more than gnaw raw bones on the front lawn, that they have little time for other “stuff”.

In other words, what polls show is perhaps hiding the truth rather than exposing it. I speak of yesterdays revelation from the PPP poll, to the question of whom is to blame for Hurricane Katrina’s aftermath? Nearly a third, 29% thought that Obama was to blame, while ONLY 28% thought George Bush was. A full 44% had no clue.

Now, this means but one thing. Twenty-nine percent of the people in Louisiana are dumber than the dirt they stand upon. Or are they? Granted, those that truly believe this, well they are lost to us. They should be kept in locked houses, taken for walks on leashes, and fed a low-fat diet and given a few chew toys for amusement. A car ride once in a while will suffice to keep them happy.

But I reckon those are just a few. I would hope that they are no more than 10% of the fine people of Louisiana (I reserve judgement on say, Alabama, where the number might be much higher however *wink*.) Most, I would argue, are that group from above, that are barely aware of what day of the week it is. Syria is “some place over there” and “the war to end all wars” was that movie with Tom Cruise. Asking them a serious policy question is akin to asking the average three-year-old what they think of Keynesian economics versus those espoused by Friedman and the Chicago school.

See, it really doesn’t matter what “they” think, since thinking is an experience they have had precious little experience with.

Do we stop there and just go on about grown-up business therefore? Do we just ignore the vast array of childlike innocence portrayed by much of the hard right?

Unfortunately not. I say unfortunately, because gosh darn, lots of people flourish in relative happiness in their ignorance. Some say (Thomas Gray to be specific–go look it up) ignorance is bliss. They might well be right. It’s all fine if everyone has an opinion on everything under the sun and above it for that matter, with one tiny proviso:

THOSE WITH AN ELFIN MIND HAVE NO BUSINESS IN THE PUBLIC’S BUSINESS, I.E., THEY SHOULD NOT BE VOTING ON ANYTHING BEYOND WHAT COLOR TO PAINT THE NEW SWING SET AT THE TOWN PARK!

That said, the rub is, who decides, and what are the standards. I leave it there, for I admittedly have no answers. Feel free to mingle and talk among yourselves.

That the issue is however reaching critical proportions is evident by a few of the following statistics:

I could go on with a list that would run to several pages of idiotic things that Americans believe. One can find lists of urban legends that denote the belief that Obama is gay, lost his license to practice law in Illinois from some mysterious illegal thing. There are plenty of folks who don’t believe we ever landed on the moon, plenty believe that aliens walk among us, and so on and on.

Most of it doesn’t matter.

As to evolution and climate change, millions upon millions have been spent in order to convince people that these things are untrue. The evolution deniers write books, create museums, and prepare homeschooling material for profit. They have a great desire to increase the number of people who “don’t believe in science”. The same is true of fossil fuel producers. They are almost the sole funders of the “science” that passes for anti-climate change. They have everything to lose by a weaning of American off of fossil fuels and a turn toward green energies.

We, on the other hand, present the evidence, but we don’t spend a lot of money to spread the word. We have been content mostly to giggle at the “stupid” people and pay no further attention. But they are voting, and they are electing people who are prepared, through either their own dumbness or because it’s lucrative to them, to speak for them, and against truth.

We can no longer remain quiet. We must beat the drum, loudly, rapidly, and continuously, until we break through the thick shell of “I don’t have time for that” mentality that affects probably 80% of our people.

I learned a new term today. Lysenkoism. It happened in Russia, or more properly the Soviet Union, when it attempted to veer off the evolution track into their own sort of biology that gave the results they wanted rather than where the science drove them.

the manipulation or distortion of the scientific process as a way to reach a predetermined conclusion as dictated by an ideological bias, often related to social or political objectives.

This is what we face in America. And we cannot assume or wait for our ignorant friends to “learn from history”, they won’t because they won’t expend the time to learn anything. Fox with its few seconds of sound bites is the most they can absorb, and only that when it is repeated continuously all day and all week long.

We, who can and do think. We, who do read, and do so critically,  and across the board of left to right, must be the voice that repeats the message again and again until we drown out those voices of personal gain who would lead our society to ruin for their own benefit, who would teach our children ideologies rather than science and truth.

This is why we beat the dead horse.