So said the local county coroner, Gary White, declaring the shooting of a two-year-old by her five-year-old brother, just one of those things.

Crazy things happen when guns and kids are mixed. The parents are just really feeling stupid for leaving the boy’s “first rifle” propped in the corner and left loaded.

Just an accident. Move on.

First let me clear the air. Let there be no mistake about what’s about to come your way. I am utterly opposed to guns personally. I have lived with guns all my life. My father was an avid hunter. All my male relatives were as well. I had plenty of occasion to handle guns during my professional career. I know my calibers and I know firearms identification. I’m not ignorant of the territory.

I am also not a mother. This seems an important fact to some. A right-wing, “I love Jesus, the bible, and my guns” adherent told me that I was probably incapable of compassion for unborn babies because I was not a mother like her. So be forewarned, I am going to speak about that which I have no knowledge–children and guns and parents. (Okay, stop laughing–that would eliminate all men from being compassionate I know. But who in the hell ever accused a right-wing TeaPotter of being either rational or logical?)

You may have heard about the story of the five-year-old. For his fourth birthday, his stellarly-bright parents thought it a good idea to buy their boy his first gun. The gun in question is called a Crickett, manufactured by Keystone Sporting Arms. They have since cleaned up their website, because, well you know. Their commercials to kids look pretty damn sick about now. Luckily, it was captured before their wiped the site clean.

Just a couple of weeks ago, a deputy sheriff was showing off his arsenal to guests when his child grabbed a gun off the bed, fired it, and killed the female guest. This is of course nothing new. Although statistics often include more than just accidents, something like a couple of hundred children under the age of 12 die every year from firearms “accidents”. This is to say nothing of the suicides (the method of choice, and by far the most successful) accomplished by our youth by guns.

Apparently the manufacturers don’t specify any age when such weapons are “appropriate”. Goodness, that’s shocking isn’t it. Little triggers for little hands. Ahh, can you just swoon with the sweetness of this new market? Increasingly, as the gun makers have found the male market literally saturated, they have turned to women and children as new targets.

And this marketing is very real, as you can see.

Generally speaking, it is left up to the states to determine the rules under which guns can be legally in the hands of youth. Almost all require that one be 18 to buy a gun on their own, but many states allow people to buy guns for children as gifts, and there seem to be no restrictions in some states at least as it relates to shotguns and rifles.

The penalties imposed upon adults for negligence also vary considerably.

A whole culture has grown, and continues to grow around the “family that shoots together”. This kind of behavior is touted as bonding, and ultimately of course hints at the need of children to be able to defend themselves. Yes, we all want kids to turn to guns as their first line of defense don’t we?

Of course, such things are kept subtle. Mostly the ads suggest that the family fun of gunning is all about “sportsmanship” and family togetherness.

Don’t delay, get your child in on his new membership in the NRA the ads tell you.

The real intent–to sell guns and make profits is hidden behind lofty goals of “gun safety” and the joys of target shooting, to say nothing of spending quality time with dad in the woods in pursuit of making a bloody mess of Bambi.

Studies show that kids who are exposed to guns at an early age, have, as you might expect, good thoughts about gun ownership in general, and worse yet, they are more apt to encourage their friends to join in the fun.

WHY IS THIS LEGAL?

I can only ask the question because the answer seems so obvious. It should not be. At least to the vast majority of rational beings.

But somehow we let them use lethal firearms because mom and dad like a well-armed family.

This magazine is for kids.

I’m glad to know that “glocks are for girls” aren’t you?

What kind of insanity is this?

I knew a lot of other children when I was one.

I know a heck of a lot of adults today.

I know that most people are not competent to tie their shoes without supervision let alone raise kids.

Most of us manage to grow up not being serial killers because I guess the drive to be average is so darn strong that we avoid those pitfalls.

Most parents are lousy. But we make allowances because nobody requires potential parents to take classes. We cut our parents slack because they “did they best they could” given their own upbringing. We are generous that way.

But there is a time and place to draw a line. And I draw it when parents are ALLOWED to buy guns for children for “fun”. I draw the line there. I don’t just draw a line. I erect a damn wall. And if you cross it, I am inclined to grab your kid and run while you sit in some damn cell and think about it for twenty years.

I of course, would allow no gun maker to make children’s weapons nor market them, nor sell them to anyone. They are NOT APPROPRIATE–EVER!

Is this country stark raving mad?

Is it just me?

Cuz if it is just me, then boy, I am too damn dumb to breath.

Does this image make you feel all warm and happy? 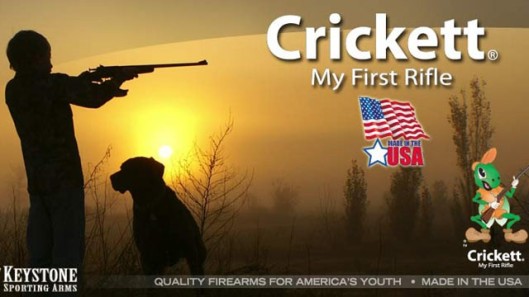 8 thoughts on “Just One of Those Crazy Accidents”