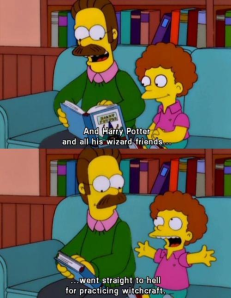 You know it’s really funny. Prepare you face for it. To laugh that is.

Yesterday, I was asked, after making a number of statements regarding various fairly technical aspects of Christian theology (atonement theory, faith/works), the sort of things that some of us love to discuss, whether I was a “follower” of Jesus.

I guess it caught me oddly since I can’t imagine why anyone would spend all that much time on a subject of which they had no interest. But then I thought of a few rather well-known scholars who had started their studies in faith, and then lost it, and remained in the discipline. So I guess it wasn’t so odd.

Which brought me to the well-known principle that on just about every subject known to man and woman, people see things very differently. To this person’s mind at least, because I didn’t believe as she did, I must not be a follower of Jesus as she was. There was one way to follow Jesus, and I wasn’t doing it.

Similarly, whether it be economics or climate change, or any of a host of human and worldly problems, you discover that people have views that seem idiotic to you. Yet, when you talk to them, they have the same passion as you do. They are just as sure. Well, I guess that’s not totally true. I always figure that I’m never totally sure about much of anything. Doubt to me is part of the package. Those who are diametrically opposed to what I think, they seem to be very sure.

Therein lies the rub as Shakespeare was wont to say. The “follower of Jesus” if asked, would assure me that her belief is absolute, without question. That seems to me to be the total opposite of faith. For to me, faith is such in the face of doubt. It’s a choosing to believe even when there is no proof that you are right, just no proof that you are wrong.

It led me to conclude that that is probably true about most people who are given to being “absolutely sure”.  I’m also engaged with a very reactionary type who is “very sure” there is no such thing as global warming. Even though logically he can’t be, since he has no training in any science even remotely related to the subject. He is adamant that he is right, because the people he aligns himself with say what he wants to be true.

A scientist will tell you that you can’t be absolutely sure that the sun will rise tomorrow. Something catastrophic could always happen. Is it true that only the reactionary right are “sure” about things? I wonder.

I’m not completely sure where this comes from. One can refer to the fundamentalist mind. People think it refers to super conservative church people, but it actually is a mindset. It refers to a person who likes things in neat little boxes, all tidy and a whole world gets constructed of rights and wrongs. Once they have established this nice world, they can finally relax, they have all the answers. Nobody is allowed to jeopardize that with actual facts to the contrary. They must be defeated, and they are, by naming them as suspect. They are “purveyors of lies”, they are “Marxists” or “socialists” or “one-world government” nuts. They are hucksters conspiring  to obtain grants based on known falsehoods, for the “money”. (of course nobody explains how tens of thousands are all in on this conspiracy and waste their careers getting grants to do things they know already are false). Nobody explains the lack of logic of it all.

One can refer to self-interest, and that explains a lot too. When you poke at the angry all too sure person, they generally erupt in a retort of “we’re going to be taxed to death, and all for nothing!” That is the crux of the issue when you puncture the pus-filled wound they carry around with them. They hate taxes, hate everything they perceive is keeping them from retaining every dime they make.

That is why the GOP mantra is so attractive. They not only support the angry right and it’s desire to pay less taxes, they give them all the reasoning as to why they need not feel guilty about it either. If you show them statistics that prove that raising the minimum wages doesn’t result in an uptick in the unemployment numbers and that it results in raising up the wages of all workers, they retort with a firm “no it doesn’t, all it does it deny poor black kids a chance at a job, and perpetuate poverty, which is all Democrats want because then they have a ready-made electorate who want those handouts.”

It’s so nice when people tell you aren’t racist, or sexist, or homophobic, or wrong period. It’s nice to be told that you are right in denying full rights to gay couples because “God wants it that way.” Nice to deny SNAP to women and children because it just “encourages laziness and relying on the government”. It’s nice to  leave the planet in a mess to the next generation because a few opportunists are willing to assure you that it’s really okay and you shouldn’t be scammed by and forced to pay more taxes to encourage green technology.

So, add another point to how to determine when you are hearing the truth, or when you are hearing what somebody wants you to believe for their own purposes. Are they sure? If they are, and they don’t have the background to make that determination, look for something else at play, and tread carefully when you make your decision of what you believe.

Belief and surety are not the same.