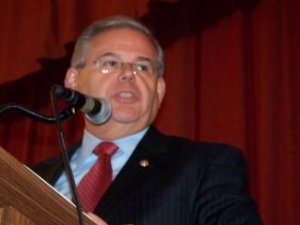 You know, everybody says they “don’t believe everything” they hear. Everybody likes to think of themselves as discerning individuals who eyes can’t be covered with wool. But the truth is, most people aren’t educated, or have not taken the time to really work at what can only be termed a skill set.

Being a critical reader doesn’t come naturally. A Facebook friend of mine is busy trying to educate a few people about how to tell the questionable from the reliable. He makes a good point. You might want to ignore a source that gives you salacious or wild headlines without a corresponding story. In other words, if the headlines don’t turn out to match the actual verifiable facts in the story, well, you might want to look elsewhere.

A case in point was a recent Rachel Maddow show wherein Ms. Maddow referred to the town hall meeting that John McCain had. A woman referred to her son as having been the victim of gun violence. She wanted to know about what laws Congress might pass. McCain first expressed his condolences for the loss of the woman’s son, and then remarked that “Congress was not going to ban assault weapons.”

Now Rachel indicated that the tape of this had been edited by a local news operation, and that “it might unfairly portray Senator McCain as lacking in compassion. (the tape omitted the sentence regarding McCain’s sympathies). The tape was offered for the news that McCain was saying that the GOP was not going for any ban on assault weapons and this was before there had even been any hearings on Feinstein’s bill.

Yet, the headline from a right-wing shrill machine was something like “Rachel Maddow gleefully admits she edited tape to make GOP look bad.”

I assume you get the point.

The Daily Caller has been pushing the Melendez story. You have obviously heard about it. Melendez is accused of cavorting with paid prostitutes at a friend’s home in the Dominican Republic. The story was apparently “leaked” by GOP operatives and offered to ABC news. They declined.

The right-wingers would say, “see, the MSM is in the pocket of the Democrats. They don’t report on misconduct of one of their own.” Is that what happened? No. Not at all.

The fact is that ABC interviewed one of the “prostitutes”. When asked how she knew that the man she had only known as “Bob” was a US senator, she replied that “I put his name in a search engine and Melendez’ picture came up.”

Why, I invite you to try that and see what you get.

ABC news declined the offer as “unreliable”, which of course The Daily Caller jumped all over it. Which one do you want to use as a source of information? (And I’m not pushing ABC news since I don’t find them all that good either.)

Which brings me full circle, since yesterday I unfairly maligned a nurse quite possibly, for failing to render CPR assistance to an elderly assisted-living woman. Apparently the woman had signed a DNR and I can presume that the nurse was aware of it. Or I would expect that was possible. In any case, I admittedly relied on only what I heard on news broadcasts from MSM and failed to delve any deeper into better sources. Mea Culpa. Live and learn. Hoisted on my own petard. (please insert any another euphemism that seems appropriate)

I’m inclined at this point to urge the government to just put a big ole fence around the state of Texas. Now granted, they are a big state, and they have a big population, but for Jimminy Cricket’s sake, they can’t have THAT many idiots can they?

Louis the Loon Gohmert is wasting your tax dollars once again with his amendment rider to a budget bill that would prevent any “federal funds” being used to transport the President to any golf outing until “White House tours are resumed”. Louis woke up from a drug-induced dream and thought he was in Lilliputian land again. The White House suspended tours to save money ala the sequester. Louis takes up space on the planet. I vote to suspend him from a hot air balloon, attached to the capital dome.

Another dim bulb in the state Senate wants to suspend operations like Planned Parenthood from submitted sex education materials to schools that teach sex education. Although all such materials are already subject to public availability and parental veto, Ken Paxton thinks (I know, a crazy word to apply to many in Texas), that present law doesn’t go far enough.

Places like PPH should not be allowed to offer health care information because of course they have a “conflict” of interests. Being that they provide abortions, they most surely would be promoting sex by unmarried teens as a way to, you know, keep business up.  While no example of any information that does that was offered as proof, insiders believe that if you put the brochures in water with a teaspoon of sugar, the words “HAVE SEX NOW!” will appear across the top of each page.

Okay, I added that last part.

And people talk about the misuse of taxes.

3 thoughts on “Putting “Bob” in a Search Engine”