Never heard of him?

He’s the chairman of the Judiciary Committee in the House. He’s from Virginia. He’s an asshole.

He’s the point man for the GOP on immigration reform in the House.

Did I mention he’s an asshole?

He spoke with NPR recently, and gave his views on how he plans to shape the House response to the bill created in the Senate.

Did I mention he’s an asshole?

He’s made it clear. There will be no path to citizenship on his watch. No sirree bob.

But he has a plan. It’s called guest worker. See, he wants all the undocumented workers to be given guest worker status with no hope of citizenship. There is a reason he wants it done this way.

“You’re going to have to have a program that assures those farms and those processing plants that there will be workers,” he says. “Because if you give them legal status, they can work anywhere in the United States — they’re not going to necessarily work at the hardest, toughest, dirtiest jobs.”

Ya see, Bob wants a permanent slave labor pool. And the only way to insure that is to never give them citizenship. No, they are here to do the dirty jobs that Americans can’t be expected to do, being superior in every way, you know.

Bob is a superior in every way too. Superior in being an asshole. He’s the best at that job I’ve seen this week.

Good luck with that piece of work Johnny B. of Orange.

My good old friend Chucky the Farmer, Grassley, is probably learning that those town hall meetings are not as much fun as he expected (as Johnny McCain learned too!).

If you were unaware, Chuck, is an old curmudgeon who is the perfect conservative foil to Tom Harkin, both senators from Iowa. Except of course that Chucky is not quite the bright light that Harkin is.

At his town meeting, some yahoo from wacko land, asked if it was true that the government was about to microchip all children under the ruse that they were just tracking their medical files. Grassley unlike Mitch the Turtle McConnell was asked about a similar urban myth (in McConnell’s case the claim was that Gitmo prisoners were getting the benefits of the GI Bill), Grassley knew the answer. “No truth to that” he muttered and then went on to say:

No. First of all, nothing can be done to your body without your permission. It’d be a violation of the constitutional right to privacy if that were to happen.

Now, I do agree with Grassley on this statement. But I doubt Grassley believes in it, for you see, the basis of Roe v. Wade is based on the implicit right to privacy that all the amendments imply. So held the Roe Court.

This is not the meme of the GOP, which through its ally Antonin Scalia, completely rejects. Scalia and other Republicans have steadfastly said that Roe is unconstitutional precisely because there is no constitutional right to privacy.

I am most sure that Grassley will retract that statement. I think sometimes a man needs a push to get him to retire. It’s time Chuck. You’re losing your edge.

Republicans continue under the delusion that if they can find a black man to glom onto, they can win an election.

Of course they don’t get that such a belief is in itself racist as all get out.

Anyway, the new latest GOP savior is Ben Carson, neurosurgeon in pediatric care. Carson has a compelling story, coming from humble means. He has risen to being director of pediatric neurosurgery at Johns Hopkins.

But his ideas are decidedly ultra conservative. Combining the usual GOP mishmash of biblical literalism and individualism, Carson argues for the usual laundry list of Republican talking points on taxes, and smaller government and so forth.

Foxy Noise and the WSJ are all in a tither hyping Carson as the new Herm Cain/Alan West/Alan Keyes/ blah blah blah black man to prove the GOP en mass is still not a largely white organization with no clue about its own racism.

HINT: Black folks vote for issues just like white people do. Color plays at best a tangential role, the same role it played for me when I voted for the Black guy occupying the WHITE House right now. It was really nice to be part of a historic event made possible by the fact that the candidate in question WAS A COMPETENT AND WORTHY CANDIDATE TO BE HEAD OF STATE.

No, I suspect you don’t. But I tried.

I leave you with this, because I thought it was really cool. From Don in Massachusetts. 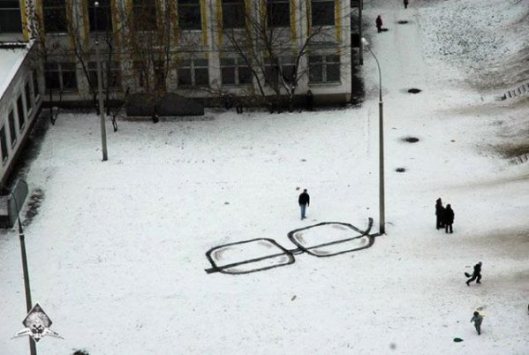 5 thoughts on “Here is Why Republicans Suck”