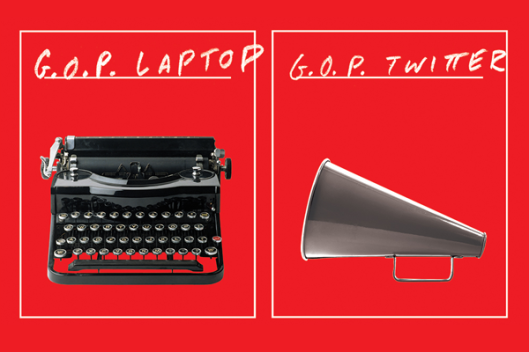 Well they are still going to put up a hissy-fit over Chuck Hagel. I’m not sure how successful they will be. Inhofe says it’s not a filibuster, just a 60-vote margin. He’s a fool lost in the 18th century. No, he can’t even get that far, make it the 17th.

Lindsey is still flipping his lacy underwear, demanding more answers, about what we know not, probably Benghazi, which he loves to spout about. Since when did Hagel have a thing to do with that?

Marsha Blackburn has one of the most annoying voices I’ve heard lately, but that’s not the real reason I can’t stand her. She’s an idiot. From Tennessee. She talks about how her wonderful party, the GOP is having a “wonderful conversation, showing our big tent appeal”. Translation: we’re having a dirty internal fight about who are real Republicans and we are trying to help our corporate masters all the while appearing to welcome all those “other” people, because we want power.

The GOP is of course back to dragging out their tired argument that we can’t raise the minimum wage because it will hurt all the “lil black children who are trying to get some job experience.” The fact of the matter is, this tired excuse has been used since time immemorial by business. The truth is that once a new minimum wage is passed, fast food joints and a few others lay off some folks, until. . . . they can’t get the job done with the remaining staff, and they rehire back to the same levels again. The dips in employment are always temporary. You see, in the end, they know they need a certain staff level if they are to keep customers happy and coming back, and guess what? They still make a nice little profit in the end. It’s always about numbers in the end, and they always follow the money.

I’ve been plagued lately in Facebook conversations with people who insist that they can make a case for A by alluding to some situation they know of. It goes something like this:

You can’t get through the fog of personal experience. Anecdotal events are not evidence for a very good reason. Virtually anything you can dream up has happened to somebody. There is no necessary statistical correlation of your perception to your perceived conclusion.

The American Spectator, a fairly raggish Right-Wing group, says this:

“One of the favorite delusions of anti-gun hysterics is that a gun in the home is more dangerous to the folks who live in the house than to would-be home invaders. The theory, which makes sense in progressive circles and to some who’ve stopped taking their psychotropic drugs, is that if a bad guy tries to invade my home in the middle of the night I’m more likely to shoot myself than the invader.

This is transparent nonsense. Plenty of news stories of citizens defending their homes and person with legally owned guns confirm this as nonsense,. . . “

You note the “evidence” that the progressives are  delusional? “Plenty of stories”. How many is plenty of stories? Where is the study that shows that people defending themselves in their homes more often stop the bad guy than the gun being used in some other destructive way?

Of course this fails to elicit a nod of recognition from such people because they basically have no clue what you mean when you explain to them about critical reading and thinking. The event proves what they WANT to prove, or they read an explanation which they WANT to hear, so it all makes perfect sense.

The president flagrantly defies the 2006 federal law ordering the construction of a secure border fence along the entire Mexican border. So the border today remains porous not only to people seeking jobs in the U.S., but to criminals whose jobs are murder, rape, robbery and kidnapping. Ominously, the border also remains open to agents of al Qaeda and other terrorist organizations.

The truth of the matter is that the borders have never been more secure.  Border Patrol personnel has doubled to 20,000 since 2004. There are vastly more “returns” under Obama than under Bush. In some locations along the border there has been a 50% drop in those attempting to enter without papers.   Secretary of Homeland Security, Napolitano suggests that we may actually be in a negative loop, where there are more undocumented workers RETURNING to their native homes because they cannot find work.

Business as usual. Say whatever will appeal to the preconceived beliefs of your base. Truth is just old-school.

Ya know what I mean?