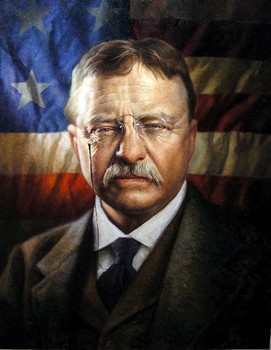 A fool that I am forced to endure on Facebook, said that the reason he feels compelled to use ad hominem attacks upon all Democrats  is that “we spent eight years always complaining about George Bush and Dick Cheney, so he is going to damn well complain until Obama and Biden leave office,” for as he puts it, “I hate all democrats because democrats hate all Republicans.”

Of course that is nonsense. Normal people don’t dump everyone into a bowl and call them “ALL” anything. Normal people don’t hate all of anybody, because they recognize that there are many shades of gray (what is all the hoopla about that movie anyhow? I don’t stay in the entertainment loop much I admit), and that people are fairly unique.

People who like to deal in those absolutes are what we call bigots.

I have nothing but the highest admiration for Colin Powell. I USED to have a fairly real admiration for John McCain, but that was well before 2008. Same for Lindsey Graham who used to make a decent point from time to time, until he started walking around all day with a dump in his pants because the Tea People and their threat of primarying him scared him shitless.

There have been others and it’s not important to point them out here. History Channel, which can be a most uneven channel in terms of valuable information, has a series on the Presidents. Not a history of each of them, but more on their impact on the Presidency itself. It’s been both informative and fascinating. And so far at least Teddy Roosevelt stands out as one of the very best.

I confess that I’ve often wondered why he deserved being on Mt. Rushmore with the likes of Washington, Jefferson and Lincoln. Why not the other Roosevelt for instance? But I know now that he utterly deserves his placement there.

Everyone knows that Teddy broke up the monopolies and created the federal park systems. Few realize just how much of it he did on his own. While there is much huffing and puffing about the usurpation of power by the Obama Administration and its use of executive orders, (forgetting of course that Bush used lots of them himself), Teddy issued more than a thousand, as opposed to three for Washington.

Everyone knows the dangers of monopolies. They fix prices and snuff out competition, forcing consumers to pay as much as industry wants for products that become more and more shoddy as there is no other alternative. Certainly not what capitalism is supposed to be about. The monied business interests hated Teddy. With good reason. He broke the trusts up and allowed the fresh air of competition to once more reign.

Do you realize that back in Teddy’s day, fully one half of a years wages (which were kept at the utterly low average of $700 a year) was spent on food alone? By restoring competition (basically controlled by Carnegie and Rockefeller alone), the quality of goods improved, prices came down, and a new class of Americans was born–the Middle Class. Yes, literally there had really never been such a group before; there had been the wealthy and the poor and working poor.

Teddy was a Republican. Of course he would not recognize his party today, in fact he would be vilified and driven from it.

Of course the Democrats are different as well. The old Dixie Crats have left the party, and joined the every conservative growing Republicans. There are undoubtedly Democrats of the past who would not recognize their party today, but I struggle to find that they would find no home here.

Yet, you can go down a list of Republicans of old–Lincoln certainly, Eisenhower, and even the sainted Reagan would find themselves hard pressed to identify with this new Republican party that wanders in confusion of what it has become and what it will be.

As members try to signal that this crazy Tea People is killing the party, they are uniformly branded as the new flavor of odd-man out–a RINO, Republican in Name Only. Mention a Chris Christie today, or a moderate Republican pundit, and you are usually met with a dismissive, “he’s a RINO you know,” which means it doesn’t matter what they have to say, they are not REAL Republicans anyway.

Yet even the ultra-conservative Red State publicly bans commenters who want to raise the “birther” flag. They are smart enough to realize that if they ever want to win another national election, they have to cut loose the flotsam that can’t get off the scream, “but there’s a N***** in the White House!”

The fringe is a collection of fanatics who are itching to put on the camouflage and load the AK-15 and go to war in some dystopian vision of a government gone mad. They like their bible in King James Version and will tell you what it means which always substantiates their personal views, which means God is on their side and not yours. They mostly work at jobs that require hard work and anybody who doesn’t work hard enough is either an elitist or lazy. In either case they don’t want to pay taxes to support you or to fund your crazy research. They have no truck with evolution or any science which they can’t understand but vaguely feel suggests their built-in beliefs might not be quite right. They are all of these and some of these, but always some combination of these.

They compartmentalize disparate ideas that conflict, but never let those thoughts come together to resolve the difference. They have been told that all the media, save “theirs” is lying and can’t be trusted, and they believe it because basically they don’t use their heads for deep thinking in the first place.

The Republican Party has a heck of a mess on its hands.

It’s great fun to watch, a bit frightening, and more than a little sad.

Poor Teddy, as they say, must be rolling in his grave.