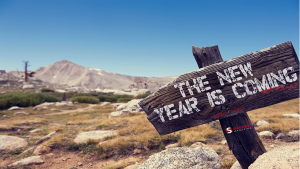 Shockingly, we have made it through another year. I find that hard to believe really. I mean according to many, there were so many obstacles in our way. There was that pesky Mayan calendar and it’s prediction of the end.

There were all the crazies who predicted that the President would declare marshal law and imprison the Tea People en mass.  There were predictions of economic Armageddon. There was predictions that Sally’s shorts would catch fire and that would be the “butterfly effect” that would set off the start of black hole that would envelope us all.

Well, here we are.

We had rain last night and it froze in the morning. Decidedly not nice, though the sun keeps popping out now and again. I’ve spent the morning cleaning the house which is also decidedly not nice. Then I spent another morning (actually part of the same one) making stuff for the buffet tomorrow. I make New Year’s buffets. I don’t wanna make a sit down meal. So I have the dough for pizza in the fridge awaiting. I have something called chorizo/caramelized onions dip, I have jalapeño poppers, eggnog monkey bread a rising, and Caribbean wings a marinating. I have eight geese a laying and 9 golden rings too, if anyone asks.

We are gonna start our traditional Star Wars marathon tonight. I am always excited for that. I just get so worried how it will all turn out and all.

We are having the famous Burger Time burgers today with cheese, bacon and green chiles. Mmm, good. The Contrarian is required to go get that. I’m not cooking a meal today after all!

Butt Boy otherwise known as Diego is asleep, scheming as to how he can get into more mischief. The Contrarian wants to get him a subscription to the Wall Street Journal. See, he loves to run out the door and get the paper and come tearing back  in and take it to the Contrarian’s office. Trouble is, he hates giving it up. Who knew his favorite toy is newspaper. It ain’t like the WSJ is worth much as a newspaper, so let him have at it. Shredding paper is a skill he has utterly perfected.

I have a lot to be grateful  for as the year ebbs slowly away. I know I’m supposed to think more about that at Thanksgiving, but frankly, I’m up to my elbows in turkey and dressing and cranberries on that day to feel particularly grateful. So I’m gonna think about gratitude a lot today I think. I sure am grateful for you guys. I would be pretty sick to write all this down for “posterity” wouldn’t it? Is posterity like the butt of history?

We are supposed to be in winter here.

Not a snowflake has descended, though we were told we might see a flurry or two last night or maybe it’s today. It’s 44° here at the moment, so I rather doubt it. It will be in the 20’s tonight, which it often is during winter. The highs get in the mid-50’s usually. The elevation of Las Cruces is about 3900 feet, give or take a yard. We figure to be maybe 300-500 feet higher here in the foothills. I always realize a significant warmth when I get into town. High desert is nice. I like it.

It’s sure played havoc with baking I tell ya, the elevation. They meant that stuff seriously about baking changing at high altitude. I didn’t think we qualified as “high” but everybody has their own notion of high I guess. I mean to a caterpillar a turtle seems high no doubt. It’s all relative.

Which is no surprise, since most everything is relative. They say that right and wrong aren’t relative, but with few exceptions, and maybe no exceptions at all, they are wrong–relatively speaking of course.

Reality is pretty much relative these days doncha think? I mean the Tea People clearly live in some universe but it sure ain’t mine. And don’t get me started on quantum physics. That stuff will have you coming and going at the same time, and that is not relative at all, but sure will drive you insane if you actually try to sort it all out.

Anyway, gosh I sure can go on about nothing.

I’m not a good listener. Are you?

I’m not. I told the Contrarian is partly my training as a lawyer–the one who gets the last word in often wins the day. Why that is so is a puzzlement, but I can assure it is. Judges may simple get tired of listening.

Part of it is the simple fact that I think that what I have to say is vastly more important that what most anybody else has to say. I wish this were not so, but I’ve researched the issue, and find it to be true. It causes me all sorts of trouble in life. People think I am a loud-mouth. They think I’m “full of it”, the IT being unstated. I am not sure what the IT is, but facts and knowledge would be my choice, though I doubt it is the choice of those who say it to me.

You would think that would shut me up.

No, it only makes me try harder to convince the other person that I actually do know a lot more than they do. I wish they would just admit that I am smarter than they are. Funny how people are so reluctant to admit the truth about themselves.

I know I am not afraid to take a cold hard look in the mirror and see my faults. If I had any that is.

Now you see my enemies will nod sagely and be re-enforced in their conclusion that I am “full of it”, while my friends are cracking up.

I should take this show on the road.

Have a great Woop-de-doo Tonight!

And see ya next year.

9 thoughts on “At the Finish Line, and Ready to GO”