Naw, not as bad as all that, but yesterday was not our funnest day. The Contrarian had an appointment at the VA in El Paso so we negotiated that trip of lefts and rights and ended up at our destination. Much thanks to the smart phone and google maps which makes this sooo much easier.

Anyway, the El Paso VA hospital is on a military installation, part of Ft. Bliss, I assume, and so there are uniforms everywhere. (The Contrarian had been referred there by his doc at the regional VA office here in Las Cruces for some tests to determine the cause of his balance problems.)

As a sufferer of PTSD, one of his triggers is government and military edifices, so his stress was up, and mine goes up when his goes up. Well, anyway, we got ‘er done as the saying goes and returned home to a anxiety-ridden puppy who had ripped insulation from the garage door and managed to screw up the opening and closing mechanism as well. That with his chew toys left in the laundry room along with food and water which were untouched during our absence.

So today is a definite day of chillin’. The Contrarian is working on the door, and I made some roasted corn dip, and have a load of laundry a goin’ and am half-watching UP with Chris Hayes which my beloved tapes for me each weekend so I can watch the entire thing. 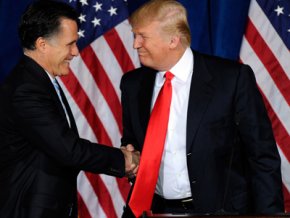 So, while we are doing this, Willard is out on the stump *nudge, nudging, wink, winking* with his racist base, by making a “joke” about nobody ever asking him for his birth certificate, because “everybody knows where I was born.”

As Mark Shields said Friday night, the tiniest book in the world is the one entitled Mitt Romney’s Joke Book.

Joke my foot. It the usual pandering to the base. All the polling when you look deep enough, suggests that Romney’s chances are not something to bet in favor of  and so, it’s try try try to excite the crazies to order their sane neighbors at gun-point if necessary to the polls to vote for him. He actually did ask his “supporters” to convert someone by election day. Sad jackass. 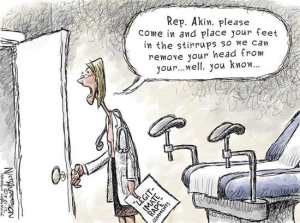 So instead of talking about the economy, we all talked about Todd Akin and his nutzy thinking about how women’s bodies work.

Now we can put that all down to one crazy, but remember that Paul Ryan wants no exceptions to the denial of abortion that he so desires, and he wants to be but one heart beat from the Presidency.

And again, we note that Willard has the backbone of a jelly fish. So, I’m thinkin, it’s just best if we send these two back to the abacus room from whence they were hatched.

Just add it to the unending list of both sides issues that our wonderful Willard lives in. He’s for everything before he is against it.

And I hear he has a new excuse for not releasing his taxes. I just caught the headline so don’t quote me, but it seems his church doesn’t allow that. Now I wonder why if that be the case, and I wonder about how separate he really things church and state are, if that is true.

Me? I think that Willard discovered that Santa Claus wasn’t real, and decided he would never believe in anything again, except that he should be president to show his daddy that he could achieve what that dad couldn’t.

I see it this way. Paulie is good at dazzling with numbers, and of course so is Willard cuz they are numbers nerds. I’m not, and probably you aren’t either.

So, before I’m gonna believe a word that comes from their 1% lips, I’m gonna remember than in general they have been opposed to just about everything that I am for, and since they didn’t dispute their determination to dismantle this socialist program of medicare back in the day before it “mattered”, I’m thinkin’ I’m just not gonna believe a syllable coming from between their capped teeth.

Which all comes down to a platform that the GOP can sure sell to the crazies, of which there is about 15%, but of course to the rest of us, it just looks, well, crazy.

I think that it should be noted that a whole bunch of these illegits seem to be cross-eyed to boot. I don’t know what that means, I just note it.

So kiddies, it’s been another fine week and I hope you are planning lots of relaxing things to do on this a Saturday, fun-day designate. And be sure to rest on the Lord’s day, which is rest-day designate. And joy of joys we get to do it all over again after that! 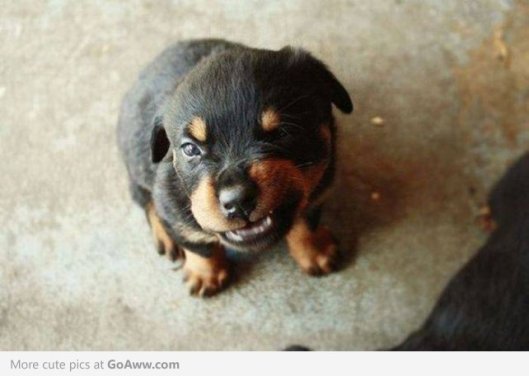