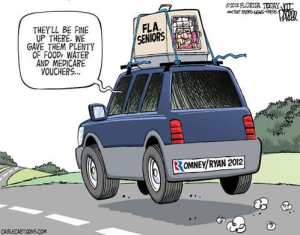 I do believe that Willard and Paulie could win a contest of “whoppers” told. The crap spewing forth from those rich lips is unbelievable.

The best that Boehner the Orange can say about his pal Paulie, is that he is not a knuckle dragger conservative. That must be the Tea-Pots.

But Willard said nobody should run for President (or be a heart-beat away I assume) who doesn’t have at least 3 years in the real world of business. But Paulie has sucked off the government teat his entire life. According to Ayn Rand, that’s not compromising principles but merely recuperating “reparations”.  Go Paulie Go! 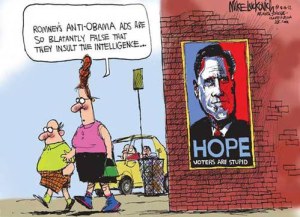 Meanwhile, it is being hotly debated whether the Willard penchant for lying is a character flaw, or a mental defect.

It is hard to understand how he can blatantly tell lies (the one about “you didn’t build this” being the MOST obvious), and not know they are lies.

Does the desire to be King of the World really cause one abandon all principle? Or is the absence of any principles the hallmark of a presidential candidate? A hard decision I reckon.

I almost look forward to the occasional gaffes by the Dems. To watch the GOP talking heads blow gaskets over the perceived “outrages” is utterly funny.

Did you see Sarah explain that she couldn’t think of a single Republican who had EVER  said such mean and outrageous things in a public campaign.

Jon Stewart then followed with a long series of snippets from her 2008 campaign. Pallin’ with terrorists ring a bell? Sistah Sarah, thou memory is short. 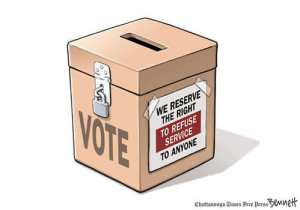 The Tea Tippers are sure busy telling me about how I am losin’ my freedoms at light speed. And it’s all to do with that usurper in the “WHITE” house, who shoulda have known, well that the BACK door was his entrance.

Anyway, they don’t seem to be yappin’ a bit about losing their freedom to vote across Amerika. Oh but, I forgot. It ain’t “their” kind that is, is it. It’s the young and the old and the poor and the NOT WHITE who are, and who gives a damn about them?

Which is why they are all for this supply side economics of which they know nothing at all, except that anything that takes away from the moocher class is a good thing–except that when you listen in on those conversations at those country club establishments of which ordinary folks can’t attend except as waiters–you too are declared to be of the moocher class.

And if you get you way, you will soon find that out. And then who are you gonna come crying to? 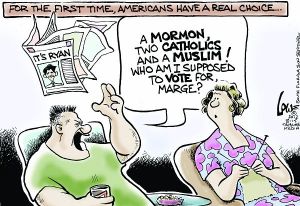 Still the choice is hard for the average red-neck.

Where are the PROTESTANTS?

And one of them doesn’t believe in condoms so I’d be very careful if I were you. 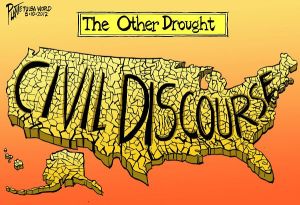 And while both sides sling mud with varying degrees of misleading jabs, we continue NOT to have the conversation that should be the hallmark of a civilized democratic society.

Do we believe that everyone who is born is a human being, precious and to be cherished such that he or she should be fed, clothed, housed, educated, medically cared for, provided with meaningful work at fair wages and with time to enjoy one’s life? Is that the bottom line basics that all of us deserve?

Or do we believe that we live in a jungle where the fittest survive, and if you are lucky, you get the best of things, and if you are not, you scrap by with hard work thankful for the end of your life and some peace?

But then again, maybe we don’t deserve any better:

4 thoughts on “Snarking My Way Along”