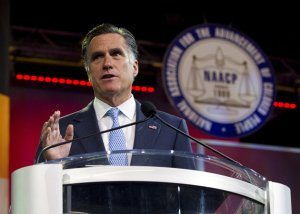 Willard went to the NAACP and gave a speech. He was booed about three times.

His first words in were “oh how I love the organ!” I guess the NAACP organ, much like Michigan trees, was “just right.”

He said he’d revoke “Obama Care”. That got  a boo.

He reminded everybody about how his dad had done much for the black community. I kept expecting somebody to shout out, “too bad you aren’t a chip off the old block!”

Most of the applause, when it occurred, was sparse.

“If you want a president who will make things better in the African-American community, you are looking at him,” Romney said, causing many in crowd, which stayed silent through much of his speech, to boo.

The screwy Right, which is ironically always wrong, still can’t let go of the SCOTUS decision on AHC. One political pundit from the Washington Post went so far as to call Roberts a “Judas” who sold his soul for 30 pieces of silver. Of course, this election will mark the last chance to save America from that frightful descent into, as he puts it, “creeping, soft, socialist tyranny.” Dude, get a life. Get over it. You lost. Live with it. Or choose another country? That would be good.

From time to time there is luscious proof that we here in Merika ain’t the only screwballs in the universe. Take Berlusconi, erstwhile prime minister of Italy–the land of love. Problem was Silvio indulged in the love just a tad too much and with girls a bit too young. But the Italian stud-muffin thinks that he can convince Italians to give him another go round. Now, it may be that Italians as too busy shoring up Roman ruins and making gnocchi to notice, but I don’t think so.

Word is that Berlusconi’s election team consists of The Donald, The Mooselini, and long-forgotten Glenn Beck–all proven political in-the-knows. Doncha believe me?

They have a product on the infomercials called, “stretch genie”. You spray it in your shoes and it makes them bigger.

I wonder if it will work on my jeans?

Everybody who goes to a supermarket has had the experience of finding that the size of boxes shrinks while the price stays the same. Your 16 oz suddenly are 14 1/2 oz. A cute what to try to fake you out.

Well it turns out that we humans (most of us at least) are crummy when it comes to figuring out when we are getting shafted or when we are getting a real bargain. The Atlantic has a neat little post about how we consumers are cheated. Best to take a look so you can avoid the pitfalls of shopping.

Oh gosh, I thought I was supposed to be thanking the job creators for everything. I thought they were benevolent helpful smarter than I persons who were looking out for me, and trickling down help for all my faith in them. Darn, foiled again.

While we are on the self-help kick, go on over to Mark and Angel Hack Life and find out what not to do.  What are the 17 deadliest decisions you can make? Go find out, and don’t make ’em.

As some of you know, the Contrarian and I are now firmly in the 21st century when it comes to technology. At least fairly so. We have cell phones, one of which is a smart phone, two lap tops, one desk top, and a Nook. We can run most of them fairly competently now. However. . .

There is much being said about how these devices potentially harm us, as we spend more of our time relating to them instead of the rest of the world. The Contrarian sat in a dealership yesterday for several hours, and watched one waiter, literally take out his phone and “check it” about once every five minutes. I’m told that people who are guesting on talk shows rush to “check” during commercials.

Our friend Squatlo has something to say on the subject and you better go read it.

Willard is taking a beating for his off-shore accounts, and his refusal to disclose his past tax returns. Since he’s really taking a beating over this, more and more comes the suggestion that there is REALLY something he doesn’t want people to know about.

But he continues to stonewall, and frankly with friends like this, who needs enemies?

Lindsay Graham, brown-nose whose nose is usually up the behind of John S. McCain, defended Willard thusly: 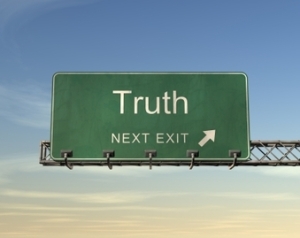 It’s always the next exit isn’t it?

8 thoughts on “Oh Please, You Can’t Be Serious?”