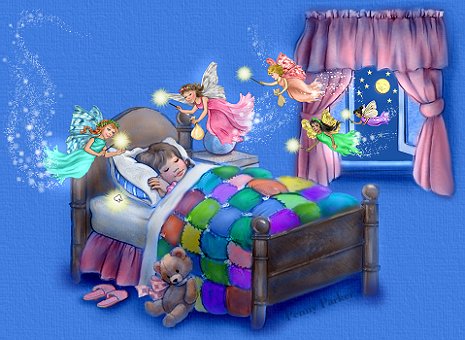 The problem with most men, is that they have a tendency to have failed to grow up. It’s called “arrested development”.

You’ve heard me before about the peanut butter jar. Lid askew, peanut butter smeared on the side, a sticky knife stuck to the counter–that’s how we leave the scene.

No female, even a young one, would leave such a mess, but boys never grow up on this issue, or at least a substantial number of them don’t.

Meanwhile, I’m on my second tour, now packing haphazardly all the small items that are not at this date deemed essential. And clearing off out shelves of throw-aways so the piece of furniture can be picked up and toted out with ease.

So this morning, I’m clearing off the side board, which has been cleaned out, but still harbors a ton of “stuff” on top. I have a garbage bag at the ready to deposit the throw-outs, such as a forlorn pair of partially used candles and the corner off a bird-feed container. (Let’s just say, I’ve decided that housework is a joke at this point) Anyway, as I pick up this or that and stick in a general box for shipping, I come across a stone-like whitish object laying on the top.

“What is this?” I turn holding it for his perusal.

“Oh,” he grins a bit sheepishly, and then smiles, “that’s my tooth.”

Now, he had had a loose tooth for years, and finally it gave up and fell out. This was old news. Several months old, which tells you how long it has been since I took a serious clear the decks attitude toward that side board.

“YOUR TOOTH!!!” I shrieked. “What is YOUR TOOTH doing there?”

“Well, I didn’t exactly know what to do with it, ya know.”

“Well I can tell you where I would put it, you hoarder!”

Uhuh, if you can top that one, please do tell.

We purchased a car yesterday, and feel quite satisfied with our find. It was in our price range, in our model range, and seems to be in good working condition, nice body, and clean. It’s at the end of the driveway awaiting our leave-taking.

Much of this has been like somebody giving you a spoon at the Hoover Dam and telling you to dig a hole through it. For the longest time, you seem to make no dent, then a trickle of water is seen, and well, then, watch out! We are at that tipping point in the move where things are starting to really move fast. I’m actually starting to get excited.

The lie that Willard promotes the most often is that “under Obama’s watch, over 800,000 jobs have been lost”. And of course he knows that it is not true. All the more egregious because the way he arrives at that number is to play a dishonest accounting game that should be beneath a guy why claims so much economic gravitas.

What Willard does, is start the counting on January 1, 2009. But Obama wasn’t even sworn in until January 20, 2009. As of March 1, 2009, the Economic Recovery Act had just been signed and little of the money disbursed yet, and the economic team was not yet assembled.  If you start the clock at the March 1 date, then the net loss was only 102,000 jobs, and then the tide turns and the numbers climb upward from that point.

Willard obviously knows this, yet it serves his meme to continue misleading people with this unfair time frame.

Willard doesn’t want you to think that he shares the GOP agenda to put women in their places. So he has taken to surrounding himself with females in photo ops. The trouble is, the women he chooses are women who voted against the Lily Ledbetter Law and the Paycheck Fairness Act. I’m not sure how that is supposed to help, unless it’s to point out that Willard doesn’t agree with these laws either. In which case, he embraces I guess the GOP position enunciated in Republican-controlled legislatures all over the country–of controlling women’s lives and their bodies. If you would like the truth on the claim that 92% of the jobs losses were women, which is also a lie, then read this post with some good graphic evidence.

The man simply lies and lies.

I assume that our delightful Rep Alan West figured it was a good idea to guesstimate that some 75-81 Congressional Democrats were Communists. Course he’s denying it now, but of course there is video, here. The Communist Party also had some things to say about the allegations.

That should sure help him out in his delusional idea that he might get a nod as VEEP.

I just giggled when I saw it.

I wish I was some kind of artist.

But I’m artistic with words.

Or perhaps I’m not. But I enjoy thinking I am.

That George Zimmerman chose to run for “help” to Fox Noise is no accident. It’s par for the course. It’s how Fox  is viewed, and no amount of denial on their part can fix that. It didn’t occur in some vacuum. It’s because of the things that are said there. And no greater proof of that is that on their website, they cannot keep the comment section scrubbed of the vile racist diatribe that is constantly being posted there by their followers. K Street has a link from Daily Kos and a listing of some of those comments with all their “likes” attached. You can read about ten before you have had enough.