Not buying that are ya?

Well, if  you would, I could justify this rather haphazard blog post as being from a funny little creature with a piggy nose. Kinda cute actually.

Anyway, I’m musing on a Saturday morning, having worked my finger, errr, claws to the knuckle-bone washing the clothes and folding the clothes and getting into some really rank crap in the closet which is where I am now in my packing adventure.

Crap in the sense that what does one do with a hundred or so cassette tapes and VCR tapes that are, how shall we say, ancient by today’s technology?

Why do I continue to save pairs of shoes that are old, broken down, and not wearable even if fashion regresses three decades?

Okay, a bit like uncle Oscar, but just a bit.

I mean don’t you just want to squeeze him and love him? Or her. It’s a her. After all, I’m a her. So it must be a her. Never mind. 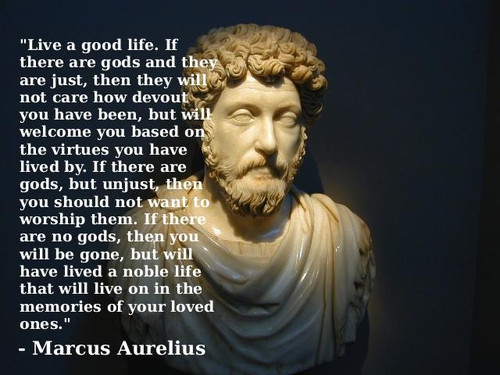 I think that Socrates and Marcus Aurelius would have had an exceptional conversation.

Once long ago, Steve Allen and his wife used to host a show on PBS where they played various historical characters. They would then have a couple of other actors. They would pair Plato with Cleopatra and Attila and Winston Churchill, and then have a round table.

I wish someone would resurrect that show.

Anyway, I loved what Aurelius had to say about God.

I think I would have liked to sit and listen to him. I wouldn’t be presumptuous enough to think I could actually converse with him. But I could sure listen.

Do you have historical favorites you wish you could meet?

Words are rather strange things aren’t they? As I spoke of the other day, they take on visceral emotion. Sometimes words are used to mask truth.

Tennessee, decided that people should read the 10 Commandments more often, so it voted to put them in public places for your edification. It did not use the word edification however, since I doubt any Tennessee legislator knows what the word means, and if any of them do, they certainly don’t believe you would.

They chose to describe their actions this way: the Ten Commandments are referred to as “historically significant documents.”

I find that amusing.

I also figure they were thinking that it wouldn’t sound really good to some of the folks in Tennessee if they were to use the real words.

I am giving them a little pass here though. I have it on good authority that the Tennessee legislature, sure that the world is scheduled to end this year (according to those Mayans of course),  decided to actively try to go back in time in the hopes of forestalling that event. It was hotly debated of course, since there were those who thought it unseemly to mess with the Lord’s Armageddon plans.

Which brings me to this.

Oh please, you knew, from the beginning, that this was all leading inexorably to the etch-a-sketch. Please.

Never drew a damn thing with, except some lines. B O R I N G.

And all those so-called pictures you’ve seen on TV or on the Internet of these glorious art works?

Every one of ’em. I know, cuz I tried a gazillion times to draw with that thing, and I never could. Ipso facto: can’t be done.

Oh, was this the one you were expecting?

Well, I know, it’s being made more of than perhaps it deserves.

But you just gotta KNOW. You just gotta know that the Willard brigade is having lots of late-night chats about how in the heck they are gonna soften all those hard right positions when it comes to trying to appeal to normal folks in the general election. You just KNOW they’ve talked about how they can U-turn it.

So when the Etch-a-Sketch analogy was announced by his own COMMUNICATIONS mouthpiece, well, it just rang so freakin’ true.

I mean the cartoonists are not hungry for subject matter this GOP nominating season are they?

You thought I couldn’t do it didn’t ya?

Tie all these threads together in a nice package of unity.

What part of “leading inexorably” didn’t you get?

I will accept your accolades and cash.

I mean you think I do this for free?

Good God, we get to do this all again next week.

Hell, you know, is your worst nightmare relived forever. Remember that when you snicker that God ain’t real.

And just because I have pity, I leave you with this: