Much has been said lately about the efforts of GOP’ers around the country to limit the vote.

Efforts have been under way, and in many places successful in putting up road blocks for those wishing to exercise their right to cast a ballot.

All such efforts have occurred in states that have Republican majorities in their state congresses.

Most have resulted in various forms of Voter ID requirements that are particularly onerous on students, the elderly and minority populations. In some cases a permit to carry a gun is proof enough, while a college ID is not.

This is all in the name of preventing “voter fraud.” This is the argument even though there was something like like less than 400 cases of voter fraud NATION WIDE in the last election, and studies going back into the late 80’s, proved no worse. 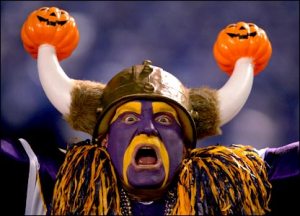 Meanwhile, it is estimated that as many as 5 million potential voters could be denied their right to vote by these voter restriction laws.

So it’s a real issue.

Some colleges are re-issuing college IDs to  meet the very specific requirements of laws designed to make their IDs invalid.

Lots of volunteers are massing to help the elderly locate birth certificate alternatives where none were issued when they were born.

It should be noted that there are dozens of anecdotal cases in which people have voted for over 50 years and are well-known in their small towns, yet they will be turned away without “proper ID.” Sometimes people are donating money to pay the legal fees to help these folks get the proper papers.

A lot of lawyers will make a lot of money in order to work all this out.

And it does seem odd that a party would be so intent on trying to deprive so many people of their right to vote.

I mean the party of “the constitution” should be, you would think, the party that defends the right to vote to the death, wouldn’t you think?

When there are only a very very few folks who attempt to vote illegally, and they certainly don’t effect any results, one would think that it would behoove the GOP to vociferously stand on the right to vote against all challenges. 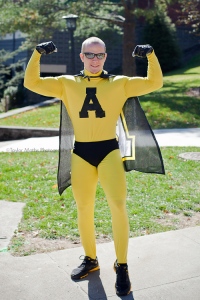 One could make a very good case.

That people, over the age of 15, who are not being paid, and are not compelled, and are not entering a contest for money–who dress like his because they want to, might be of questionable ability to cast a knowing, intelligent vote.

People like this decide to spend money to buy costumes and materiél and dress up in their HOMES, and then go out IN THE STREETS dressed like their favorite hero, or to express their solidarity? with some sports team.

They drive in CARS along FREEWAYS, scaring the bejesus out of normal law-abiding citizens.

They teach your children, and handle your money and do your taxes and other things that we value.

I ask you, if you saw one of these walking insane asylums dressed up in their finery, would you leave your children with them? Give them your cash for safekeeping? Trust them to fix the faucet? Of course not.

And I would argue, they should be prohibited from voting.

Why are the Republicans not fighting to prevent these questionable brain-limited, only partly human beings from voting? Huh?

Oh, I see. Because they are Republicans.

Things are so bad for Rick Perry these days, that he can gaffe away, and nobody bothers to mention it. He’s having a free gaffe holiday.

Just say Solynda instead of Soyndra and call it a country. **pat on the head** little Ricky.

Michele Bachmann has taken as of late to touting her bona fides on Israel by telling us that she volunteered at a kibbutz in her young adulthood. Does the bubble-hair know that kibbutz’s were experiments in “collectivism” *GASP* not capitalism?

Meanwhile Newt continued his ugly rhetoric that Palestinians are not a real “people” but “invented” and just “terrorists”. Frankly I thought Mittens had the better argument (freak out I’m agreeing with Mittens now!). Newt is just pandering for Jewish votes of course. His claim that Palestinian children are being taught to hate Israelis in school, is patently false, but hey, when you are making things up for effect, who cares? Certainly not the TeaNutz®, for whom this stuff is just red meat.

Ya have to laugh. As you might suspect, The Blaze does little if any original investigation or reporting. Mostly they reprint others work. Shockingly, they reported a AP item which investigated the claims made by various of the GOP candidates in the last debate, and offered the truth of the various statements and allegations. For instance it found that Michele Bachmann’s claim that Newt was for cap-and-trade, to be true, even though Newt denied it. Similarly it found Mitt’s claim that Obama was the first President to cut Medicare to be false, finding that both Bush and Clinton had also done so.

But Blazey nincompoops can’t stomach that. So they attacked the AP as being. . . .you guessed it. . . . a liberal machine. And various other excuses that it doesn’t matter, because the devil must be defeated.

Sleep well my friends. The sky intends to stay up for at least another day.

10 thoughts on “Can These Folks Be Allowed to Vote?”