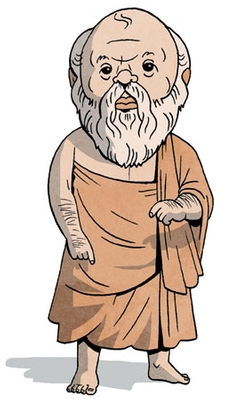 I just love it when I’m proven to be right. Or should I say that someone who has some real intellectual creds agrees with me.

Jonathan Rée, writing for The New Humanist, has a really lovely article on atheism. Writing as one, he points out a lot of the misconceptions of what the word means and has meant over the centuries.

Moreover, he chastises the “new, new Atheists” as he terms them, for not knowing the history of atheism, and engaging in a petulant and childish game with believers.

He points to the philosopher William James and says of him:

He hated the belligerent secularism that treats religion as a childish superstition which we will all put behind us once we reach the age of reason.

Much could be said of the new new atheists of today, he argues.

James spoke of faith in this manner:

Becoming religious was like falling in love, he said: not a process of intellectual persuasion, but not a delusion either, and it lent new aspects to the world, “an enchantment which is not logically deducible from anything else.”

I don’t think it can be better said or explained frankly.

While Rée certainly comes down in favor of atheism as being the more reasoned choice, he certainly does so in a gentle and non-judgmental way.

This is the stuff of real discussion. Read it and see if you don’t learn a thing or two.

The chicken enchiladas? Pretty much of a bust. The recipe sounded good, but it failed on a number of levels. I’ve been pondering for some time, and think I may have a solution. I can’t tell you why I want a “perfect enchilada” but I do. So I’ll try my own hand in a week or so. You never know, the Pulitzer may be on the horizon. Surely they have one for cooking?

I snatched this directly and entirely from Joe.My.God. simply because it needs to be said, and it’s said succinctly and with passion:

If you’re a Christian who believes that being gay is a morally reprehensible offense against God, then you share a mindset, worldview, and moral structure with the kids who hounded Jamey Rodemeyer, literally, to death. It is your ethos, your convictions, and your theology that informed, supported, and encouraged their cruelty. We Christians who believe that God created gay people as much in His own image as he did straight people are begging you to reconsider your theology — to do nothing more than be open to an alternative, fully credible, scholastically sound interpretation of one or two lines from Paul. How can you be unwilling to do something so simple, when you see the horrible ultimate cost of that refusal?” – Christian author John Shore.

And this seemed to say it perfectly well too:

And the beat goes on.

I picked this up on Roger Ebert’s blog today, and thought it apropos.

Brendan Beery is one very thoughtful guy. Please go read his latest post called, The Inelegance of Republicanism.  He writes a gentle but firm rebuke that could not fail to shame a rational person, but of course, for just that reason, it probably won’t.

Humor is a necessity every day

. So get your daily dose from Political Irony and the best nuggets from the late night circuit. Actually he got all his stuff from Bill Maher today.

Frankly one of the funniest things I read yesterday was Billy Kristol’s remarks in his article about the latest GOP “debate”. Seems he got an e-mail from a “young and bright” Republican who was watching his first debate of the season.

“Why they ( meaning the field of GOP candidates) make us look stupid!”

Well, yes they do. Take a look at the House and Senate GOP, and you can add insane to the mix.

Now go out and have one fine weekend!