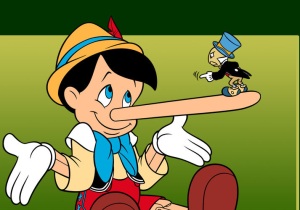 Sen. Jon Kyl as a Youth

You might have missed it. John Kyl said that PPH uses 90% of its government funding for abortions. It actually uses about 3%. When his office was contacted in regards the discrepancy, they said,

“Senator Kyl’s remarks were not meant to be a factual statement.”

As you can imagine, everyone from Jon Stewart and Stephen Colbert down are having a field day.

“Not meant to be a factual statement” is the new “I’m lying in hopes of deceiving people to agree with my position.” And yes Jon, we do understand that “everyone on your side of the aisle” is doing this. But well, you know, what your mom said, “that don’t make it right, boy.”

Johnny “Cheetos” Boehner, is a good little soldier. Word is he’s been asking his parents (big business) if it’s okay to screw around and have some fun with the debt ceiling issue. Word is he was told “NO” or it’s off to the corner for you Johnny. Seems business sees this issue as a good deal different that government shutdowns. Johnny was free to play games on that, but not with the debt ceiling.

Which goes to show you, that sometimes I may actually be right. Remember, just days ago, I urged the President to stand his ground on this issue. Others apparently now agree with me. Wow, do you think I should run for office?

The Ryan budget plan is simply draconian. The man who voted for the Bush tax cuts, the medicare prescription drug bill, and both wars, is now fully willing to protect the rich and destroy every safety net that the poor and seniors have. The issue is now being framed as a moral choice–are we going to put the onus of the budgetary difficulties only on the poor and those least able to weather them, or are we going to do the fair thing, and ask the rich to pay taxes at a rate that many millionaires agree was fair, during the Clinton Administration?

Shall it be children and women, working and poor who bear the brunt or billionaires and millionaires? Sen. Mark Begich asks us to make a moral choice.

And lets not forget, that the deficit problem will disappear if we do only one thing: let the Bush tax cuts expire at the end of 2012. Yes, if the GOP is truly about the business of eliminating the deficit, then it’s a no-brainer. But of course they aren’t really about that are they?

Being nearly 61 years of lovely age, I admit that Medicare and Social Security are on my mind a lot, and I definitely have a “horse in the race” as goes budgetary issues. Our move to New Mexico (at least the easy life scenario) is based at least in part on those expected checks starting next April.

While most “solutions” don’t call for impacts to be made on either that would affect me, I don’t care to get on that slippery slope at all if at all possible. Robert Reich has a post on this issue, and says that Medicare is the solution, not the problem. Good reading.

And further, polling suggests  a plurality of Republicans favor taking no action against Medicare, and instead they favor raising taxes on the rich. Ah, GOP you have a problem I think.

The Contrarian keyed me on to this next one. I was wont to put the blame for rising oil prices on OPEC, and their taking advantage of unrest in the Middle East. Turns out its good old Americans who are doing the dirty deed. Oil speculation, fostered by guess who? The Koch Spawn. As you might expect, the GOP does it best to reduce any regulation by the Commodity Futures Trading Commission (CFTC). Koch controls oil from the minute it leaves the well until it is sold to retailers and speculates on pricing, along with its good buddy Enron. Think Progress has this important story. But another example of the rich getting richer and the rest of us paying the price.

A good post entitled “9 Things the Rich Don’t Want You About Taxes.” Shockingly, the GOP has been dishonest with us. Please read all the crap they push and all too many of us take as gospel. All the usual stuff is debunked, along with the idea that tax cuts for the rich create jobs. Yeah, well we kinda have figured that one out haven’t we?

What’s on the stove? Spaghetti with Bolognese sauce, salad, bread