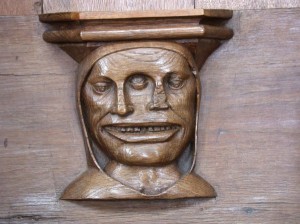 This is the GOP mantra, and has been since the day after the 2008 election. Whatever the President says or does or doesn’t do, they immediately say the opposite. It’s the last part that keeps getting them in trouble.

Newty (the garden slug) Gingrich just can’t make up his mind on what to do about Libya. When we were doing nothing, he was for the US to step in. When we did, he was against it.

He said we could take care of the whole problem with air-power. Until we used air-power then he said it was a typical politician’s error to think that air power solves all problems.

In the end, Newt admits that his answers to these questions are simply “responses to what the President does.”

Ya see Newt, when the president doesn’t do something, and you say he should, it’s really bad form to then say he shouldn’t have. And then before he has done something, don’t tell him how he should do it, because when he does it, and does it that way, you end up saying he should know better not to do it that way.

Is this an Alzheimer’s moment Newt? Or are you just the hateful vindictive, wannabe that we really think you are?

Decontamination areas are being set up all over Iowa in anticipation of the likely bacterial infection set to enter the state.

Tomorrow gadzillions (make that a few dozen) really creepy and crazy people are set to have a day-long conference in Des Moines about who should be the GOP candidate. All manner of sleaze is attending, including M. Bachmann (crazy eyes), H. Barbour (racism is behind me), H. Cain (uncle Tom’s cousin), N. Gingrich (garden slug), R. Santorum (wontcha love me again?), J. Bolton (the stash is my cash), and well others.

All rational humans are urged to get a shower and take the recommended dosage of Tylenol to forestall bouts of insanity. Symptoms include itchy skin, double vision and the uncanny feeling that you’ve been hijacked by aliens. See a veterinarian immediately if you have any of the above.

I just love ‘strict constructionists. You know who I mean, those folks that want our country returned to its Founding Father principles, the C O N S T I T U T I O N. Now what they actually mean by this is something you might not quite get, if you ain’t one of them.

Bryan Fischer, AFA leader and all around hater of everything not white and fundamentalist, claims that the 1st Amendment right to freedom of religion, does not include any rights for Muslims, since the FF could not have had them in mind. Why we don’t know, but he says that we give them rights as a “courtesy” only.

David Barton, pseudo-historian and all around wacko nutjob who shleps for the GOP and it’s business elites, has explained that the Declaration of Independence is “nothing more than a list of sermons” which might surprise Thomas Jefferson. Further the Constitution was written directly out of the Bible, and that all leads up to the fact that Jesus was and IS against the minimum wage and well anything that corporate America doesn’t find conducive to racking up profits.

Sadly, people actually get in their cars, travel to auditoriums, sit their skinny butts in chairs, and listen to this drivel, rather than say, pop popcorn and watch Monty Python’s Holy Grail. I kid you not.

Texas has been in the business of late in revising the history of the US of A, to reflect whatever it wants to be the truth. This is not news. Bill Zedler, Texas Rethuglian legislator, introduces a bill to make it “illegal to discriminate against creationists.” Yes, and next he plans to introduce one that makes it illegal to discriminate against stupid people. In both cases that would be him.  [h/t to Crooks and Liars]

Discover Magazine has an interesting article, entitled “Does the Universe Need God?” This is an excerpt from a larger article, and there is a link to that. This is a thoughtful reasoned argument, not the usual atheistic meanness that we’ve come to see from to many. I don’t agree with the argument, but I find it cogent and worth considering.

Ever heard of William Cronon? I hadn’t. No reason I should. He’s a university professor at Wisconsin, and well-respected by his peers in his area of expertise, that being history. He recently did an op-ed piece in the NYTimes on the recent union issues in Wisconsin, and was critical of the Governor and Republicans who would try to take away long-standing collective bargaining rights of Wisconsin citizens.

Well, that pissed off the GOP, and it, the state GOP that is, has launched a legal action to get to his e-mails to uncover whether they can prove that he’s been active in protests. This all aimed to of course intimidate and discredit him. This is what I guess the GOP calls democracy. We call it Joe McCarthyism. How low can you limbo Wisconsin GOP? [h/t to Daily Dish]

I know you all read Moe at Whatever Works, and I’m stealing this “entire” post, but she posts usually several a day, so please don’t miss her stuff. She does a great job of keeping us all aware of all the nefarious goings on, everywhere. But this is precious and so true:

“Other than telling us how to live, think, marry, pray, vote, invest, educate our children and, now, die, Republicans have done a fine job of getting government out of our personal lives.”
– Editorial Page, Portland Oregonian