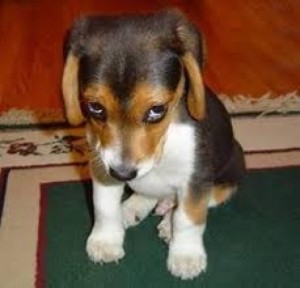 “Sarah Palin is going to Israel next week on a fact-finding tour. She wants to find out things like where is it and who’s their king. She says she’s very excited to visit the Wailing Wall, because whaling is illegal in Alaska.” – Jay Leno

About the only thing I’ve seen reported about Sarah and her trip to “create some foreign policy cred” is that she claims to have “lots of Israeli flags” which she displays everywhere. Like in the powder room, and the breakfast nook, ya know, just to remind herself of her close ties with her home away from home.

Oh yeah, and don’t forget that Israel is necessary because of that Armageddon thing, and all the Jews will either convert or die. She believes that too. But that plays no part in her “we are all Israeli’s” love fest. For a Christian, doncha wonder why she didn’t bother to visit any Christian sites while there?

By the by, the Christian wacko right thinks the Christian left is starting to be a force. That must be good news. I’m guessin’ they don’t see it that way. In a video and accompanying text, TIkkun gives a good summary of why the right extremists don’t think that it’s a good idea to care for the less fortunate in this country and tax a few more of the outrageously rich in order to do so.

Again, I always come down on the fact that their “theology” is so damned convenient for them. It keeps their money in their pockets, “because God wants it there.” God is for justice and there ain’t no justice in feeding and tending to those who are deemed “lazy and deserve their status.”

Theology of convenience is almost never good theology. In fact it ought to be a rule, if I find God’s call easy and right up my alley, it’s probably not God’s call.

You no doubt have heard of the passing of Elizabeth Taylor at the age of 79. Ms. Taylor was truly one of the giants in the old studio system. She was a giant of a talent, and it should not be forgotten that she was one of the first to come out for funding for AIDS research. She did that when it was still highly unpopular.

As with most of you, she was part of my life since I had one. Most all of these icons of the silver screen are gone now. But a few remain.

Big Think has a good article on the difficulty the science community has in conveying its “science” to the outlying public. Traditional methods of “education” are often seen as elitist and snobbish arrogance. A new approach is essential of the public is to be informed and to find reason to adopt scientifically generated claims such as climate change that require adoption and implementation.

This issue is critical since Republicans in the House are busy trying to undue everything the EPA is doing these days, all based on their “climate change is a theory that hasn’t been proven” rhetoric. They have even gone so far as to want to declare that carbon dioxide is not a greenhouse gas. (Moe at Whatever Works reported on this today.)

If you remember, the GOP and all its crazier element was determined to stop Affordable Health Care a year ago. They screamed, they ranted, they raved. They prophesied the end of the world, the end of civilization as we know it, the end of democracy, death to countless people, the death of industries and on and on.

Funny thing happened on the way to its second year, not a one of those things has happened. NOT A ONE. Yet they are still predicting it will. Yes, probably true, and the sun will expand incinerating the earth. Just give it enough time. It certainly will.

Media Matters has even more great quotes. This stuff is really fun to read.

My dad was a pretty much life-long racist. He progressed from the N word to black, but he could say black in a way that left little doubt what he truly thought. I remember on one of his last hospital stays, when he was near death that he was less concerned that one of the attending doctors attempting to help him was an African-American. He was simply grateful at that point to be alive.

Herman Cain, Republican and wanna be president, expressed relief that his surgeon was a Arab Christian and not a Muslim. This kind of ugliness cannot go unaddressed, and We are respectable negroes does just that. Read it.

What’s on the stove? Homemade pizza.