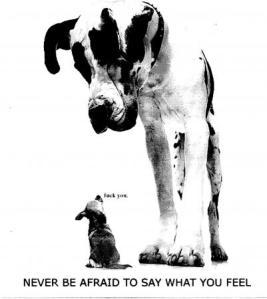 Well, slap me with a wet noodle. You remember me? Mad woman. Not literally mad, as in certifiable, but angry mad, ready to dump a sitting president and turn the page? Yes, you do remember.

Well, it’s hard to admit that at 60 years old, I’m still an idiot a lot of the time. Moreover, I spent some under grad years studying the fine art of politics as well as living through lots of political times. You’d think I would know better.

It appears that the brilliance of Barack Obama once more is most apparent to most of the people. This has not happened over night, and certainly isn’t a result only of the speech of a life-time in Tucson. The polls were edging upward before then.

But, things have changed, and one can but cast a bemused look upon Republicans who are looking at empty hands and wondering, “has it indeed slipped from our grasp once again?” Riding high in November, the GOP is beginning to mutter. To be sure, nothing is set in concrete yet, and given the fickleness of the public, it would be unwise to assume that “it’s in the bag” for 2012. Not at all.

Still, one has to be amazed at the resilience of the President. Today, he beats Romney and Huckabee in mock match-ups and slaughters the grifter, Palin. The big switch is the Independents who have moved to the Obama column. This poll straddled the Tucson tragedy, and has some impact but doesn’t include the speech given by Obama. There is only a 6 point differential between those who think we are on the right track-wrong track, down from a 24 point differential a couple of months ago. Obama’s approval rating has moved up to 53%.

We shall see what the future holds. But clearly most of us who were ready to move on were simply wrong. Obama has played his poor hand extremely well, and has accomplished much in the lame duck session.

The GOP will have a tough time selling a “NO” or repeal everything scenario I suspect with voters. The polls, dang ’em, just keep getting in the way of the agenda.

Speaking of agenda, the Extremist Right didn’t take civility on as a mantra for long. Once they realized that nobody except them viewed the President’s speech as a chastisement of the Left, they went back to their usual ranting. One, I”m told, said, “but the President must have been pointing to the Left, there is nobody on the Right who needs such a chastisement!”  Delusion lives on it seems in the rock heads of the Extremist Right.

Proof that nothing changes, Tim Pawlenty, who on Jon Stewart, the other night, refused to agree that there is something new in the vilification of Obama that has not been present in American politics before. Stewart suggested that painting the President as  Hitler, as a Socialist, as not an American, and as not a Christian didn’t reflect true beliefs but were being used as political ploys by certain GOP members and sympathizers. Pawlenty continually feigned ignorance of Stewart’s true meaning and kept pointing out that there was vitriol on both sides.

Now Pawlenty has appeared with Bryan Fischer, of American Family Association fame, and claimed that he would re-institute DADT if president. It’s not so much that he said this, bad and deluded as that is, but that he appeared with hate-monger Fischer at all. Fischer is a virulent homophobe, one who decries giving the Medal of Honor to a “defensive” action instead of a killing hero. As to DADT, Fischer has vowed to over turn it and has claimed that McCain would lead their forces. McCain has repudiated any such notion.

Pawlenty, who for a moment, suggested he would not have acted as Palin, seems unwilling to stand up for any real principles, but again, simply plays to the lowest common denominator of the Republican base. His chances of being the nominee are nil.

Efforts are underway to induce Fox Noise to fire Glenn Beck. Jewish Funds for Justice submitted a 10,000 name petition to the News Corp, calling on them to end their association with the hate-mongering extremist. I admit that we try to watch Beck from time to time, just to see, but frankly, after ten minutes, it’s so awful you just can’t. He parades a slew of pseudo-scientists, historians, economists, etc., to “prove” his wacky mean and dangerous conclusions, all to a live audience of nodding automatons. It’s surreal.

The petition included some of the more egregious accusations of Beck, which makes references to Hitler some 400 times in eighteen months. His comments are widely regarded as anti-semitic and a distorter of the Gospel. For instance he claims that social justice issues are a perversion of the Gospel message of Jesus Christ.

Don’t know if you heard this, but the darn earth moves. Okay, so you probably knew that. But it moves in relations to the stars, and THAT is a damnable thing. If you are into astrology. Which I’m not, but still. I’m an Aries, and so is the Contrarian. At least we were. I don’t know what he is, being an April 8. But me? I’m a April 15, and that now makes me a Taurus. I don’t like it. I am trying to figure out who to complain to. Is nothing sacred?

***
Warning: the following may be hazardous to the mental health of closed minds. Others read on. A new dinosaur has been found! A small guy, but pretty darn mean. Read all about Dawn Runner, who hails from Argentina, at PBS’s Rundown Blog. He’s most primitive.

16 thoughts on “What a Difference a Day, errr, Month? Makes?”