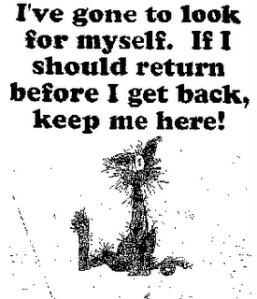 Okay, I’m hanging on by a thread. My brains are slowly seeping out of my ears, nose and eyes. I am as paranoid as a mouse in a cat house. I am so sure that I’ve once again been transported to a new universe, that I’m ready to explore my new possibilities of flying by flapping my arms.

Can you guess why? Yes! STEVEN KING (R-IA) has opened his mouth once more and the black hole of insanity has spewed forth to cover the land. Plug your ears, cover your eyes, wrap yourself in saran wrap, and foil your brain. IDIOT MAN has struck again.

The Reaction has named him CRD (Craziest Republican of the Day). He has won this award now six times, a phenomenal feat. And what has the braincase without contents said now?

It seems our stupid one (I don’t believe he has more than a high school education) has determined that the Affordable Health Care Act is unconstitutional. Why you purr? Because, dummy, requiring people to buy insurance, based on the commerce clause, is tomfoolery. How you mutter?

“There have always been and likely will always be, babies that were born, lived and died within the jurisdictions of the individual states,” he said, “who never cross a state line, access no health care and therefore do not impact interstate commerce. Therefore, to compel someone who fits that category to buy an insurance policy” does not fit under the interstate commerce clause.

“You find the baby that was not born in a hospital or with a midwife, who did not receive inoculations,” Polis said. “You find that baby and identify them and I’ll be happy to have that discussion.”

“I hate to tell you but they show up in garbage cans around this country, sir,” he said.

I rest my case. We are no longer in the Universe we knew. We have been transported to Xanadu. Iowa has pulled its borders unto itself and seeped into a hole, never to raise its head again in civilized society. We somehow have bred the most lame-brained-still-walking- moron on what was planet Earth.

Calls to his office are unanswered as all his staff, claim they do not know him. The cock confirmed that no one in Washington has ever heard of him.

Meanwhile on the extreeeeeeeeeeeeeme right, the lemmings continue to go over the cliff. You may have heard that WND and various other way-way crazy right wingers decided they would boycott CPAC,  that original bastion of conservative groupings. Remember how all GOPer Presidential hopefuls made sure to attend in the past. The reason for the boycott? Why because CPAC has continued to support GOProud as one of its participating organizations, and worse they refuse to sanction a “birther” panel.  Now everyone is bailing, afraid not to look “conservative” enough. Heritage Foundation is the latest added to the list of no.

Okay, here’s one for ya. Do you like verbing? Ben Franklin didn’t. I confess I do a fair amount of it. I did it  the other day, quite deliberately. I said that so-and-so “portraits” so-and-so. It’s turning nouns into verbs. We “parent”. We fact-mine. Get it?

Intelligent Life discusses the issue. See what you think. Psst! Shakespeare did it.

You recall the piece a few days ago wherein Ms. Michele Bachmann advised that upon reading Gore Vidal’s Burr she was blinded by an epiphany of GOP logic that turned her from a flaming liberal to a crazy GOPer. Well, Mr. Vidal was asked to respond:

She is too stupid to deserve an answer.

I’m having an awful time on some blogs these days getting it downloaded and to leave a comment. Time and again, after 15-20 minutes, I’ve just had to give up. My apologies to Lisa at That’s Why . I’ve tried twice with no success on two different days. It just never stops loading! I’ve had the same problem at WhateverWorks. Sorry to you too Mo. It’s this awful dial-up sometimes, that simply won’t work worth a damn. Now I’m having terrible troubles getting my drafts updated and saved, and when the inevitable lock-ups occur, half my work goes down the drain. Such is life.

To all those atheists who insist that that one is either a realist (meaning them) dependent upon evidentiary facts as the only basis of reality, or a theist who believes for no rational reason, well, it seems that there may be reason to combine the two. Most of us theists actually have believed that for a good long time, actually.

Big Questions Online asks the question: is there a quantum spirituality?

“Physicists explore levels of matter, mystics levels of mind. What their explorations have in common is that these levels, in both cases, lie beyond ordinary sense perception.”

I find this kind of speculation most fascinating. If you do as well, then follow the link to read more.