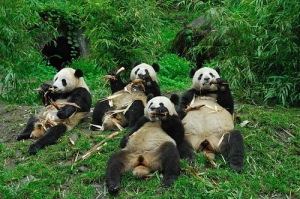 I’m bored. I’m also, shocking I know, feeling lazy.  Okay, pick yourself up off the floor. I should have warned you.

I am not quite sure why that is. I’m not unhappy. Far from it. I’m rather serene actually. That is a word that seldom bumps up in a sentence next to I. Spooky.

I should be livid. I really should. I should be laughing up a storm at the Republicans. Do you know they managed in one 24-hour cycle to piss of huge sections of the electorate? Latinos, social security recipients, and gays. Wow, that’s some accomplishment. To say nothing of the fact that the “teasippers” are none to pleased with them either. I think an award of some sort is in order.

I’m not despondent. Frankly this is really scary, given the time of year. After all, there is white stuff on the ground, not the green I prefer, nor the brown I can tolerate. I am into live and let live as far as the weather is concerned. You KNOW that is not me.

I’m quite happy with my church. I feel good there. I feel “right.” I had a rare utterly spiritually elevating moment, my voice almost breaking at a Hallelujah. I was staring at the crucifix, and, well, how does one explain? You don’t of course, you just glory in the moment. You realize once again why you trudge twenty miles with temps in the teens to be in this place. Go figure.

The Contrarian is doing very well. Was it due to my unceasing prayers? I don’t know. But his balance, after YEARS is much much better. He sleeps later in the morning. Miraculous, or just a lucky choice? Does it matter? It’s all God to me.

We got that appointment at the Cedar Rapids VA. He likes his new doctor. She didn’t like the medications he had been prescribed in Iowa City. She changed them. He’s breathing a good 50% better now. She has him on Aleve for his rotor cuffs. He’s barely mentioning his shoulders now, and insists on “dressing himself” which entails finding armholes alone and fiddling with bib straps. He’s been out for going on two hours, pulling logs and cutting them up for splitting. Did the same thing yesterday. I’m relieved, and for the first time in months, don’t find myself worrying.

I’m proud of the House Democrats. Somebody has to stand up to power and say, “this is not right, and we are not going along!” A secret: Obama as the ability to convince me of just about anything. And he almost persuaded me to go along with this “deal”. But he’s wrong here. He has to stand for something. And if he won’t then we have to.

So, I’m bored in a good way. Friday is a good day to be bored on I think. The Contrarian has been threatening me with “Singing in the Rain” on Saturday. I trumped that with some disaster movies, about earthquakes and polar ice something or other. I like smash-em up disaster movies. I’ve told you that.

The opening page on WordPress is the featured blogs of the day. There are an inordinate number of writing blogs. I find that odd. They talk about writing. Isn’t that cheating? Writing about writing isn’t writing, it’s explaining why you are so bereft of ideas you can only talk about what you are doing. Egocentric? A bit.

Not what I do. I’m chatting with myself, in front of you. Intimate isn’t it? Get to see how the wheels turn and such? Fascinated, aren’t you? No? Well, excuse me. I’ll whisper.

We have one cat who will not go outside in winter. Hates getting his little paws into the snow. So we finally had to relent (you don’t want to know the alternative), and put in a litter box. Now the other freakin’ three are using it too. Have they no shame?

Actually, I don’t think I’ve ever seen a cat exhibit shame. Cats walk across a table, knocking a coffee cup off and smashing it, and look at you. “You might want to clean that up so I don’t cut myself when I jump down.”

Dogs know shame. They can look at you and you are sure they wish they could disappear down a hole, they are so embarrassed. Dogs are simply more human than cats.

We decided to have ham for Christmas. Then I added a potato casserole. Then some glazed carrots. Then the left-over dressing (now in the freezer–I haven’t left it since Thanksgiving!), then the cranberry sauce also left over. Then some raw veggies. Rolls. Sigh. . .you see how this stuff multiplies? It’s a freakin’ dinner. But I’m standing my ground on dessert–I’ll buy sumpin’ at the grocery store. Not baking.

But I’m sorta baking. Gotta do sugar cookies. I mean that’s required. And some truffles. They are easy. And some  nut clusters.

And some lights on my humongous umbrella tree. And maybe the crèche. Some candles for the table?

And then there is New Year’s Day. Finger food. Pizza, and chicken tenders with barbecue sauce or blue cheese dressing. And raw veggies with a chipolte-spinich dip.

Sigh. It’s beginning to look a lot like Christmas. Now that IS depressing.

10 thoughts on “Muttering in Circles”