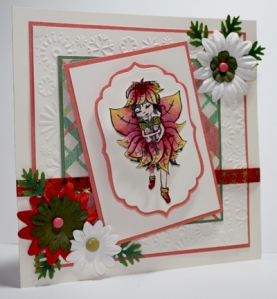 Well, I trust that everyone is busy, being busy, cuz this is sure the time of year when that is required. Even for those who don’t make a big to-do with all the gifting and partying, there is extra busyness forced upon them.

I went grocery shopping today as is my usual practice on the 3rd of the month. The food stores are much busier than usual, and so more patience and smiling is required.

We are expecting our first snow tonight. We are supposed to get in the 1-3 inch range, but you know how reliable that is, and depending on wind, it could be of no import or a lot.

Suffice it to say, I bought for two full weeks but enough extras that I can make it several more weeks if I have to. I don’t expect that, but it’s best to be prepared.

Being prepared here also means getting up enough wood so that Christmas week is not a flurry of trips out to cut, drag, log, split and stack. I mean there should be some relaxation to this time of year.

I have lots of obligatory church masses to make. I’ll do my best, but weather controls all now, and I don’t obsess about it any longer.

I read an uplifting little piece at Vox Nova about the Republicans and how they are not even coming close on Catholic thinking on a number of issues. Unemployment benefits, the Dream Act, and the START treaty are all things that Catholics and many other Christians agree need to be enacted. Republican intransigence on these issues may come back to haunt them.

Roger Ebert has a new post and it’s a lovely one on women, and the patriarchy of the secular world, but also of the Roman Catholic Church. I whole-heartedly agree. Women’s importance has been vastly unrepresented in scripture. What is there has been downplayed. Jesus would not be happy.

There, now on to politics. Andrew Sullivan has a rant that is well worth your reading. The GOP is simply insane by and large these days, and I do expect and believe that they will pay a terrible and well-deserved price for it in the end. You cannot sail to power on a message of NO. They have zero in the way of detailed legislation on anything.

The Reaction suggests that John McCain will never support DADT because, essentially the man is a bigot. Well, I conclude that, but they agree that he will never change. If you didn’t see Jon Stewart’s scathing attack on McCain, then do follow the link and hit the link to the video. Stewart says it all. As the Contrarian says, McCain has destroyed himself. His legacy will be as a bigoted homophobe–in other words, this generation’s Strom Thurmond.

Meanwhile, former Bush officials chortle how they “laid a trap” in pushing through the tax cuts that would be “almost impossible to allow to expire.” They expected that a decade later the Democrats would get stuck and be on the defensive in trying to end them. So far, that seems, sadly to be true. Will they ever wake up?

Short one today, folks, I’m tired and it’s getting late and snowing. I’m going to hide under the covers!