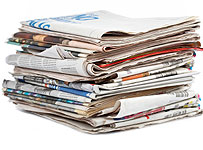 It’s another gorgeous day in the meadow. Alas I remain indoors, afraid to step out and be assaulted by the bug that bites me and leaves me itching for a week.

In ten years I’ve never been able to see a bug on my skin, and thereafter find that as the site of intense itching. I assume it is a mosquito, but never feel any bite from the critter and thus have no clue. But  a full week of itching ensues.

I’ve tried every manner of itch cream and calomine lotion I can find. Nothing works but temporarily. I am fine, and then brush against it and it flares up again. I cannot locate my OFF and so am indoors until I can get to the store tomorrow. Then it’s full coverage from head to foot for all of June. By July it seems whatever it is moves on.

Feeling sorry for me? Good! That makes me feel better.

A good editorial from the NYTimes on Sister Margaret McBride, excommunicated for signing off on an abortion in Phoenix. All those pedophile priests of course were NEVER excommunicated.

I confess to not knowing as much as I should about the Israeli-Palestinian conflict. This set of essays I think help us to work our way through a complicated history. Thanks of course to 3quarksdaily. (Do you think I’m over using this site or what?)

Just me, but since BP has asked for any suggestions in plugging that leak? I’d skip the tennis balls and tires, and send down some Rethugs ( I have a whole list I could give them of unnecessary air-users up top here). All that hot air might do the trick ya know. Just sayin’. It’s the patriotic thing to do doncha think? And the GOP prides itself on being patriotic.

Scientific American has a fascinating post on Michaelangelo and the Sistene Chapel. Seems that the great artist and renaissance man was quite the anatomist, and left some fine illustrations buried in the ceiling painting. Such work is now being described by Ian Suk and Raphael Tamargo, both experts in the field of neuroanatomy from Johns Hopkins. Some interesting speculation as to what it all means.

Mystical Seeker has some valuable insights into tolerance in our world today. It never fails to thrill me to see that bloggers read one another, read other articles, and new ideas sprout. Some thoughtful ideas here.

Who doesn’t believe in the big bang? Oh, your usual suspects, southern Republicans. What is it about these people that they are so fearful of reality?

Something like 70-80% of all Americans support repeal of DODT in the military. The right has raised new arguments every day it seems. First, it would increase gay rape, then we have to worry about tainted “gay blood,” then it would destroy military chaplains “rights” but the newest one is the best–It will enrage Muslims who will try to kill more of us. Right Wing Watch has to story.

If you like your news tart and saucy, then you better try out Black Magpie Theory. Brought to us by OKJimm!

Is Sarah Palin entitled to call herself a feminist? Do words mean anything? A terrific must read post at Jezebel!

If you need an attitude adjustment, and we all do from time to time, Atticus at StatesofMindz, has 21 “If’s” you might want to think about.

Hope you find a thing or two that strikes your fancy here.