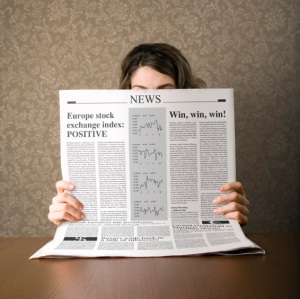 What’s up here, is weather. Finally a break in the two-day swelterfest! A nice manly thunder boomer went through awhile ago and we got some nice rain for a half hour or so. A good soaker as they say.

I can almost hear the sounds of “thanky neighbor” from the crops. Hopefully we have also stymied the turkeys that we now are sure were the culprits in the tomato thievery.  The Contrarian has vowed that he may set out and bring home the bacon (or in this case gobbler) if they persist in not stayin’ on their own turf.

Yeah, I said I wasn’t going to preach here, but really if you haven’t signed up for 3quarksdaily.com you are missing something. They have such a wide range of subjects that you will just come across the most amazing stuff. Who knew there was a site called: AskPhilosophers.org? Amhurst College has it, and well, I find that the longer I’m blogging, the more interested I get in sites that really make me think–open my horizons if you will. The upshot is that they have an app for your Iphone.

Everybody loves Mozzarella Sticks right? Pioneer Woman gives us a new take with panko crumbs. They make them special so she swears.

An interesting opinion on the Cain-Abel problem entitled Abel: Murder or Sacrifice at Bible and Interpretation.

The Dalai Lama did an op-ed in the NYTimes. You can read that here.

MTV has an article about Lost and the religious implications of the show. Our friend James McGrath from Exploring our Matrix is featured.

Is atheism required for one to be a good scientist? The New Atheists say yes, some scientists say Nay. Read this thoughtful article at USAToday.

A book you may want to take a look at is Absence of Mind: The Dispelling of Inwardness from the Modern Myth of Self, by Marilynne Robinson. A review of it can be found here. It’s about science and religion and what can be understood of human consciousness.

Some world leaders give opinion on the Arizona anti-immigration laws. Thanks to Think Progress.

An excellent run down of the attempt to enact a law deporting the children born in the US of undocumented aliens is discussed here, via Crooks and Liars. Some excellent links to more information as well, especially the attempt to circumvent the 14th amendment.