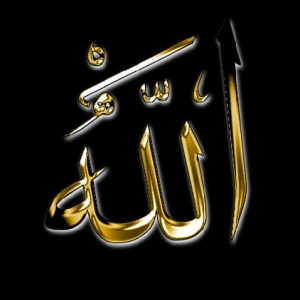 I share with most people, the sadness of what transpired at Fort Hood in Texas. Sadness that so many were harmed and killed, grief that war continues to take its toll even off the battlefield.

What I most fervently prayed for, in those initial moments, is that no Muslim or Latino would be involved. Of course, that turned out not to be the case, as a Muslim army psychiatrist seems to be the person who wreaked such horror on the base.

I fear for the expected backlash, which always seems inevitable in this country. We are a country that proclaims it’s melting pot status on the one hand, and then goes out of its way to scapegoat most of its ills on “immigrants” and other “others.”

I cannot imagine the pain that ensued in Muslim quarters as the news came forth. I cannot imagine what plans and practices normal everyday Muslims must take to protect themselves against the slurs and actions of rabid “patriotic” nut cases. I almost desire to run up to every Muslim I can identify as such as offer my apologies.

I have already heard talk that “some” suggest that Muslims shouldn’t be serving in the armed forces, simply because our identifiable enemy is “Islam.” Of course it is not, for the vast vast majority of Muslims are law abiding, pious, quiet people, much like their Christian and Jewish brothers and sisters. It is only some demented fundamentalist types who pose a danger to all of us, Muslim, Jew,  and Christian alike.

Such an idea is absurd and unconscionable of course. It is akin to the racist nonsense we endured during WWII when we “interred” Japanese Americans, lest they secretly offer help to the Empire of Japan. We still are shamed by the film of those days as perfectly ordinary citizens are rounded up and incarcerated for no other reason that their heritage.

Such hatred and vitriol is not news these days. The right wing continues to ratchet up the rhetoric. Go to any of the tea bagger events and see the signs. President Obama is vilified as a “sambo” and referenced to Hitler. One knows that this powder keg will someday explode in some sort of ugly display. And of course the right wing pundits will all look left and right, and deny any complicity in the tragedy that has come upon us.

This is the quiet cloud of desperation that Muslims live under today. Never knowing. Keeping their eyes averted, and their mouths closed, they move among us. Knowing that anyone may be a potential nut case, ready to wreak patriotic retribution on supposed enemies of the state.

Latinos are not far behind in this. Regularly, otherwise innocuous “crimes” and unsavory activities are tied to “immigrants” and their “living off America” lives. We forget that they work harder and longer for less than most of us, and send a good portion to family members still trapped in even deeper poverty than here experienced.

Fostered no doubt by high schools that still teach that American is somehow the best and never much to blame for anything, we now live in a nation which always looks to some one else to be the cause of our unhappiness. It is always the fault of the socialist, the communist, the anarchist, the fundamentalist, the Asian, the Latino, the Muslim, the Jew, the Buddhist. As long as it is not “us,” that illusive and ever shrinking whitey. We are the somehow never to blame, perfect being.

I offer my meager support to Muslim brothers and sisters and those of all other minorities who seek the American dream in this morass of fickle humanity. We can slap them on the back and tell them, that, “hey, this was done to the Irish and the Italians as well. They made it. You will too. Just keep you head down and your nose clean. In a few decades, we will have found someone else.” It is hollow and trite and is inexcusable.

I am saddened that we as a nation cannot seem to learn any better. I am sorry that we don’t see this tragedy for what it is. A man, ill suited to the job he was in, increasingly makes it clear that he doesn’t belong in war. We ignore him, as we do all such men and women for the most part. Buck up there soldier! we say. You’ll survive, just as we did. It used to be okay to say, “it will make a man of you,” but it doesn’t sound as good saying it will make a woman of you.

War has many victims. More than we know. It has all of us as its victim if we would but see that. We all are reduced as human beings, we all suffer, we all are harmed in ways too deep to even see. We violate each other and then we return to base and eat a steak and sip a beer. A little touch football, and a good nights sleep, and tomorrow, well who knows, live, die, kill, wound, cry, laugh, it’s anybody’s guess. The insanity of such a life is clear isn’t it?

When will we learn that war is not an answer, but a stop gap for a people who have become too uncreative to come up with anything else?