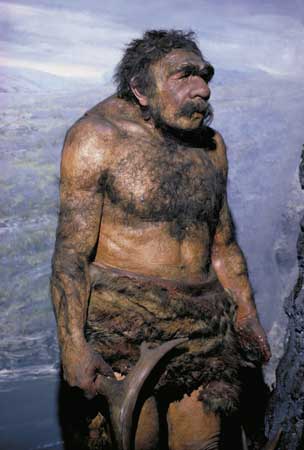 I frankly thought I had come to the conclusion that I was done with the evolution debate. Done with it because those that espouse it are largely unmoveable and reject every proof offered them.

They do this not out of stupidity ( though undoubtedly some are just that intellectually compromised) or blatant contrariness, but out of a deep psychological need.

I was over at Fran I Am‘s blog today, and found she had written about the Dover trial on intelligent design.

Oddly enough, I had been thinking about the entire subject the evening before. And well, it’s that serendipity kind of thing. You figure, God is perhaps nudging you to get back into the subject again.

I used to spend hours debating this on forums. And as I said, it falls on deaf ears for the most part, because I’m arguing facts and logic and they are arguing faith and psychopathology. Unknowingly on the last aspect of course. It gets beyond frustrating to be sure. You present hard solid evidence backed by the best scientific minds and organizations in the world, only to be met by somebody’s website/blog, written by some electrical engineer, who knows from his “scientific” training that it’s all bunk.

I finally got thoroughly tired of the entire business. Yet, somehow I found myself back in the subject once more, thinking. Odd isn’t it that something suddenly becomes obvious after leaving it alone for a few months. Let me explain.

I got to thinking, well, exactly how do these folks come to this weird conclusion? I just didn’t buy that people start from “The bible must be taken literally” and then search for anti-evolution websites. Most people aren’t that interested first of all. No I’m convinced that they accept evolution, without much thought at all, from what they got in high school, and then a conversation with a anti-evolutionist friend or pastor occurs.

They make some inane remark, and the anti-evolutionist (AE) recoils in horror, and sets about the business of setting them straight. Straight includes the false claim that either evolution is true, or the bible, not both. The AE suggests a website, or a book, and well, that’s the ball game. To the average person unskilled in science, the anti-science sounds perfectly correct and rational. Once there, they stay. After all, they are on God’s side of this, and that side has now been determined.

As I have said repeatedly here, the mind that requires evolution to be false because the bible must be true, and very literally so, is the mind that is in deep fear. It is a mind that has recoiled from the precipice of uncertainty in the world and has found sanctuary in believing that a book provides all the answers and more importantly, perfect salvation if adhered to in all its particulars. Of course, the big chink in this armor is INTERPRETATION, but we won’t go there today.

No, today I am interested in another phenomenon, related to this whole screwy mind set. Now a goodly number of AE’s are also YEC (Young Earth Creationists). That means they also hold as true that the earth was literally created in six days, and is some six thousand and some odd years old. That I would content is a logical coupling. What is not logical, I have come to realize is to hold that the earth is not young, but rather more likely what geologists and other scientists say, something to the tune of 4 billions of years old, but that evolution is a lie. That doesn’t compute.

Many of the AE’s like to proudly tell you that they don’t believe in YEC. They want to prove their intellectual balls by telling you that, the evidence is compelling for an old earth. This works okay with literalism because “for God a thousand years is as a day.” Get it? Well that sounds okay, but hey, think a bit more about that.

If God created the earth 4 billion years ago, what’s been going on here all these years? We have fossil records showing layers of ever more complicated life. Okay, so God created all those simple animals and such, and then let them go extinct? Then he did it again, and again, and again. Then he created dinosaurs. Got bored? Let them go extinct? Let that comet hit? Finally got around to humans? Perhaps he was busy elsewhere, creating you know. Perhaps God can’t multitask.

I mean, this means that God has played around with this planet for most of its existence before deciding to create human beings. What was the delay for? The YEC’ers don’t have this problem. God created it all at once, dinosaurs walked with man. Some go the distance and posit that God is a tricky son of a gun. He deliberately saturated the planet with evidence of old earth and old fossils. Those who can’t keep the faith in the book and believe what their working brains suggest, well, damned they are.

I like the second explanation better, its way more dramatic. It works as well as that old adage we have heard from the fundie right for years: “God works in mysterious ways” and “we’ll understand it all when we reach heaven.”

Sarah Palin is of the first version. She talks of  folks finding human footprints next to the dinosaur footprints. They were buds you know, like the Flintstones and their pet Dino. Come to think of it, that may be where Sarah learned it in the first place.

I’m still not very sure I want to re-engage in the debate. It still won’t get very far I’m convinced. The same people, confronted with the illogic of not being a YEC and yet being a AE, will blink, unable to fathom the distinction, and will ignore what you say anyway.

Meanwhile 50% of America professes that evolution is questionable or dead wrong. The rest of the world scratches it head and wonders, “do they have actual schools in America any more?,” and I continue to want to throttle smarmy and arrogant fools who tell me “there are no transitional fossils.” I suspect it’s better to rant here and stick around people who have common sense, and the ability to follow a simple series of posits to a rational conclusion.

Ingesting too much insanity can lead to, well insanity.